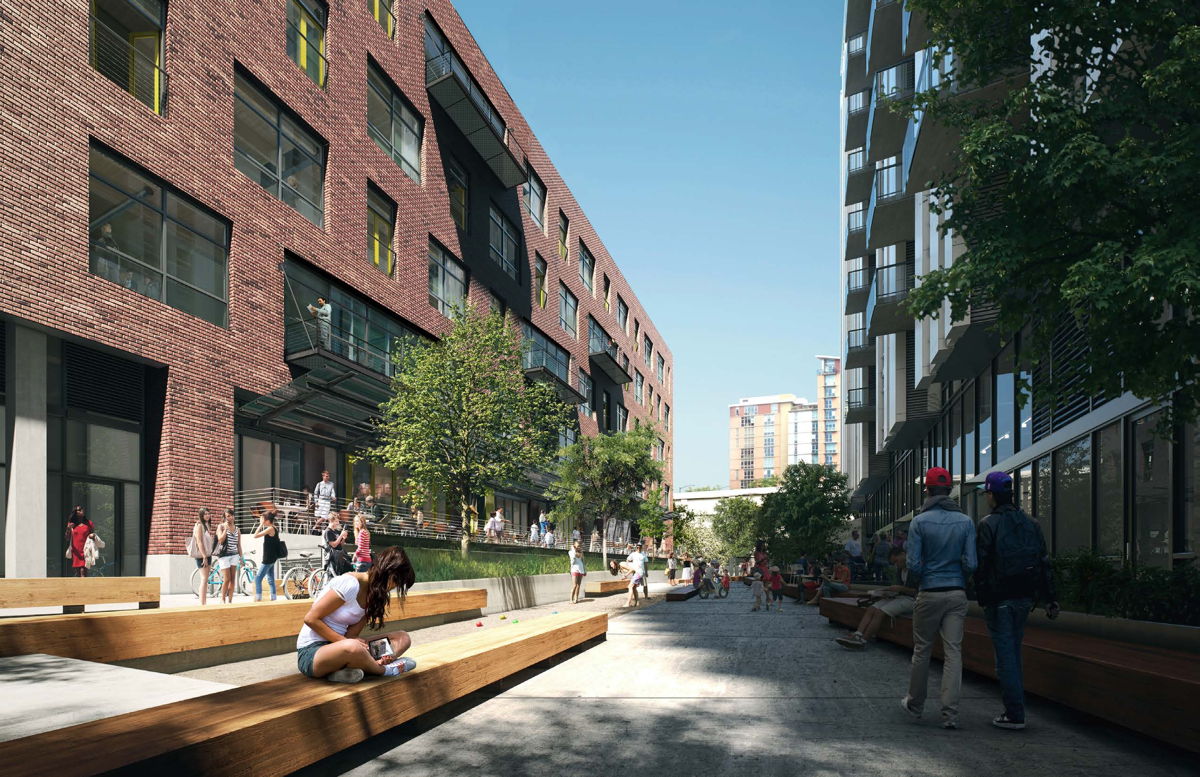 The Courtyard at Block 136 in the Pearl

Next Portland is taking a break over Christmas. Blogging will be light in the coming week, but will resume at the normal frequency the following week.

The building that used to house Starky’s Restaurant and Bar has been demolished, reports The Portland Chronicle. A permit is currently under review for a 46 unit, 3 story apartment building on the site at 2913 SE Stark St.

An article in GoLocalPDX asked “will growth kill the Pearl?” Quoted in the article was a representative of Preserve the Pearl, the organization that has now appealed the approval of Block 136 to the Oregon Court of Appeals.

In a record setting deal, Singaporean investors paid $45 million for the Janey II apartment building, which will in the future become a “temporary home for visiting employees at Portland-area companies.” The deal includes both the first phase building, completed in 2012, and the recently completed Janey II addition.

The Portland Mercury reported that the State Legislature may take up inclusionary zoning again during the 2016 session. A bill that would have lifted the current ban on local governments from mandating that developments include affordable housing failed during the 2015 session.