The Design Commission has offered Design Advice on Grant Park Village Phase III, a proposed memory care and assisted living building. The five story building by Lenity Architecture of Salem, OR will cater to residents who need assistance with their daily routine and for persons afflicted with Alzheimer’s, dementia, and other memory‐related issues. In contrast to the suburban locations typically chosen for elder care facilities, the architects state that the project is intended to bring “diversity to the City of Portland’s housing needs by providing quality housing for elderly residents in a centrally‐located urban environment.” 70 vehicular parking spaces and 40 bicycle parking spaces are proposed.

The proposed building would be the third and final phase of the Grant Park Village development, located on the former site of the Albina Fuel Co in the Sullivan’s Gulch neighborhood. The first phase was approved by the Design Commission in 2013 and completed in late 2014. A future second phase was recently approved the Design Commission. The project will be located where NE 32nd Ave dead ends near the Banfield Expressway. 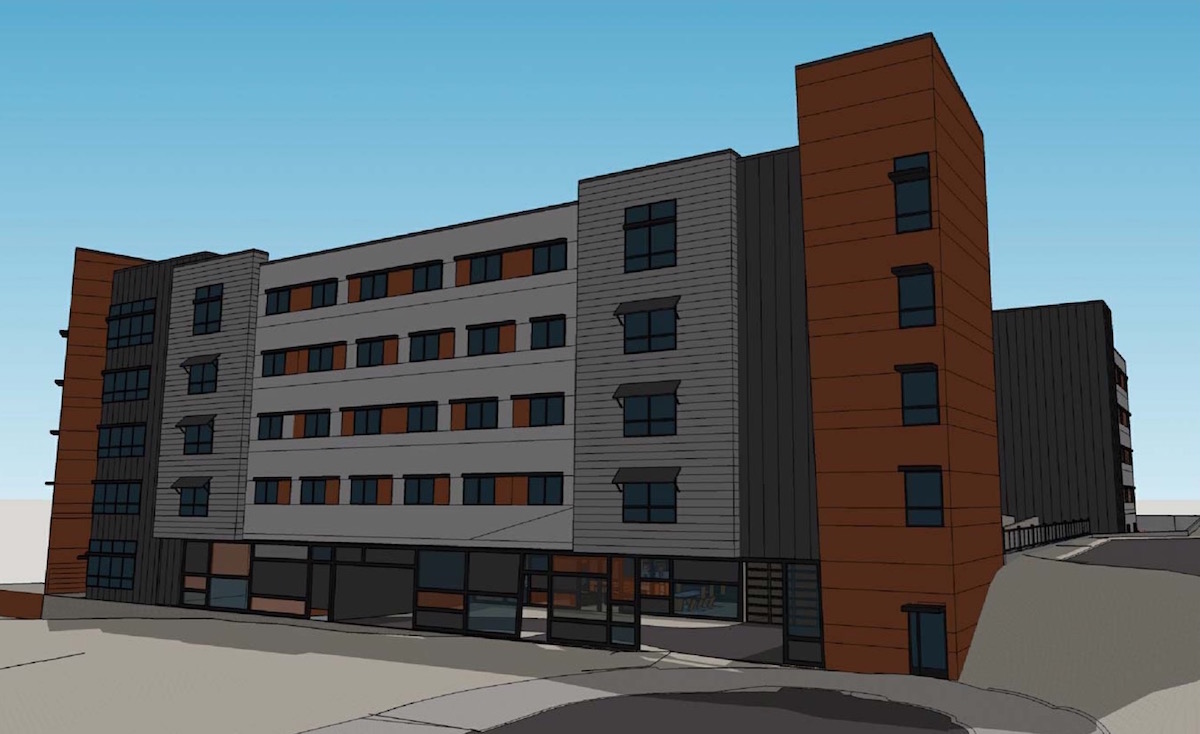 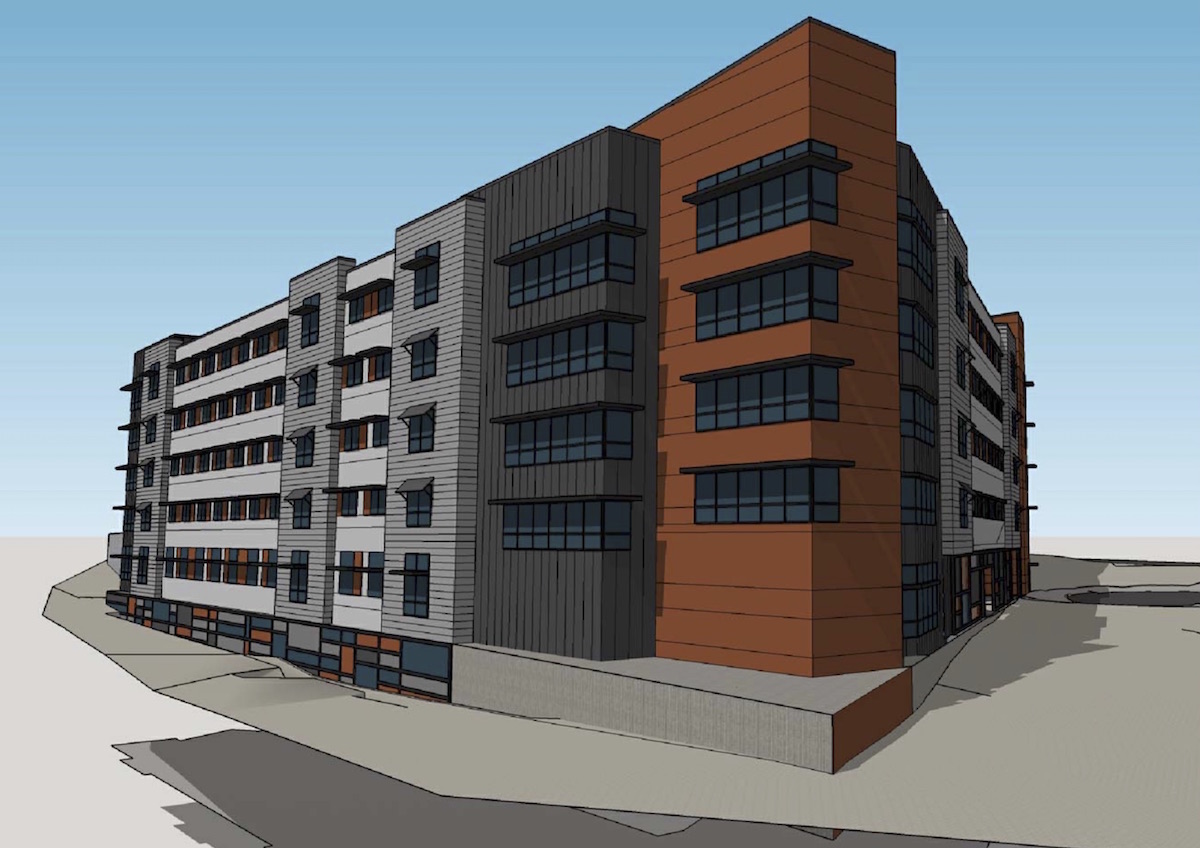 A memo [PDF] to the Design Commission, published before the April 14th advisory hearing, outlined potential areas for discussion. These included: ground floor active uses, with a staff suggestion that the building be set back along the private street at NE Halsey, in order to allow pedestrians to access the future Sullivan’s Gulch Trail; the building materials in general; and the parking areas, which dominate the building’s only public frontage at the site’s northwest corner. Much of the Commission’s discussion was focused on the ground floor, and how the building could be a better neighbor to the recently approved Grant Park Village Phase II building. During the hearing Commissioner Vallaster offered his thoughts on the project:

I’m having a hard time with the layout on site. It doesn’t seem like it’s doing much for the neighborhood, or the building across the street, or even the community that you are describing and incorporating in this building. I’m having difficulty with that. The forms seem pretty arbitrary to me. I’m not sure where they came from, or what they’re referencing. They don’t seem to reference any of the buildings around, in close proximity, and I’m not sure how they relate to the tenant base either. Is there something specific specific about that particular user group that would generate a form like this, and the stucco, and all these materials in the tower, etc? Or is it just something that could happen in any location, to any population?

The project is currently scheduled to return in front of the Design Commission for a second Design Advice Request on June 2nd, 2016. The project will be required to go through a Type III Design Review, with public hearings before the Design Commission. In addition, the project will have to go through a Type III Conditional Use Review, with a decision by a Hearings Officer, due to the fact that “Group Living” facilities are a Conditional Use Review in the RX zone. 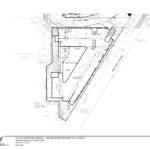 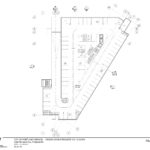 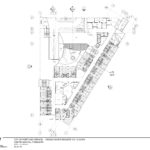 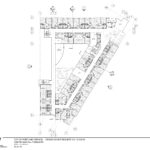 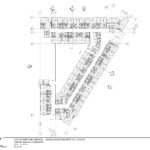 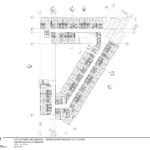 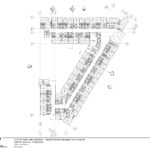 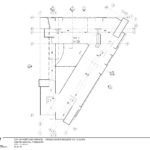 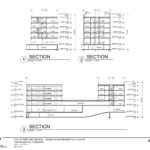 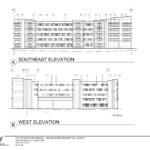 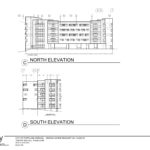