The Design Commission has approved an expansion of the Jupiter Hotel designed by Works Partnership. The new 6 story building will add 67 rooms on a site directly to the east of the existing hotel. The ground floor would include restaurant and retail spaces facing onto E Burnside, along with a lobby and reception located at the corner of the site. An upper level lounge, banquet hall and exterior garden are proposed for the second floor. Guest rooms would be located in floors 3 to 6. No new vehicular parking is proposed. 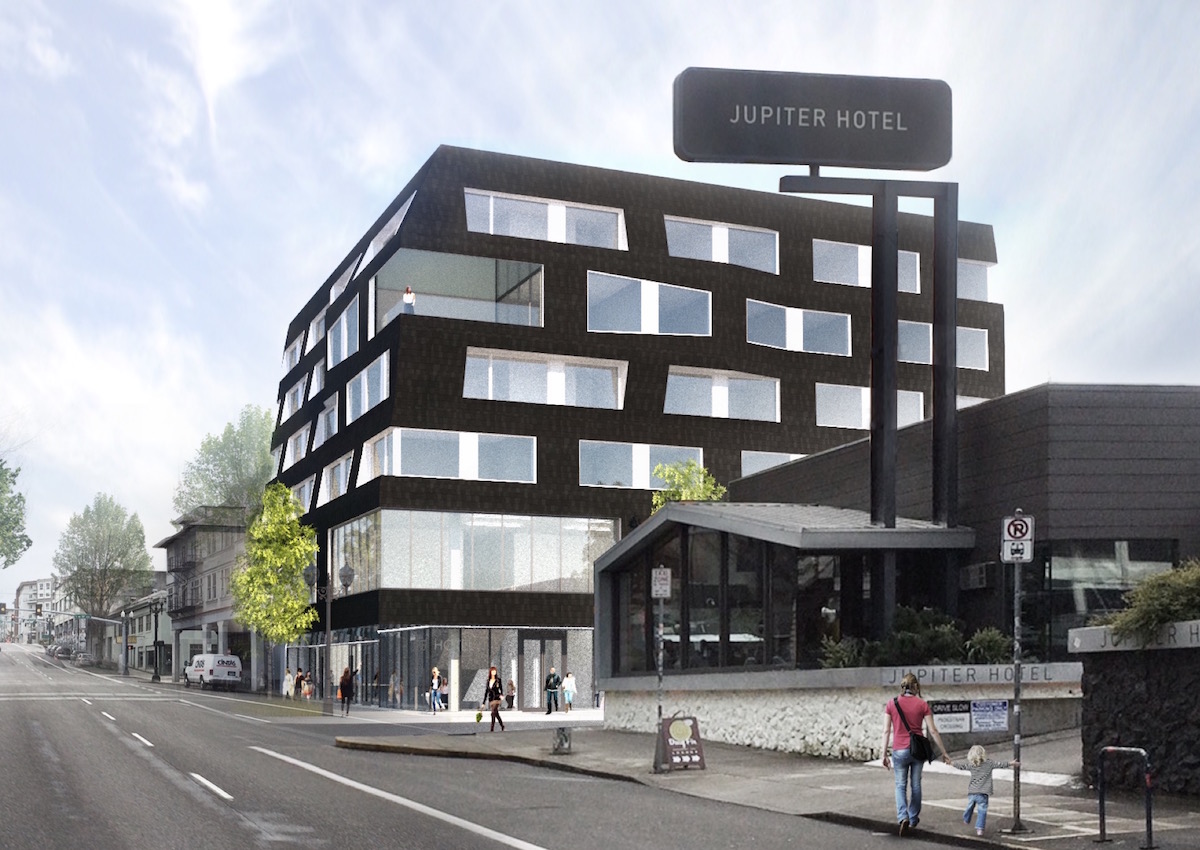 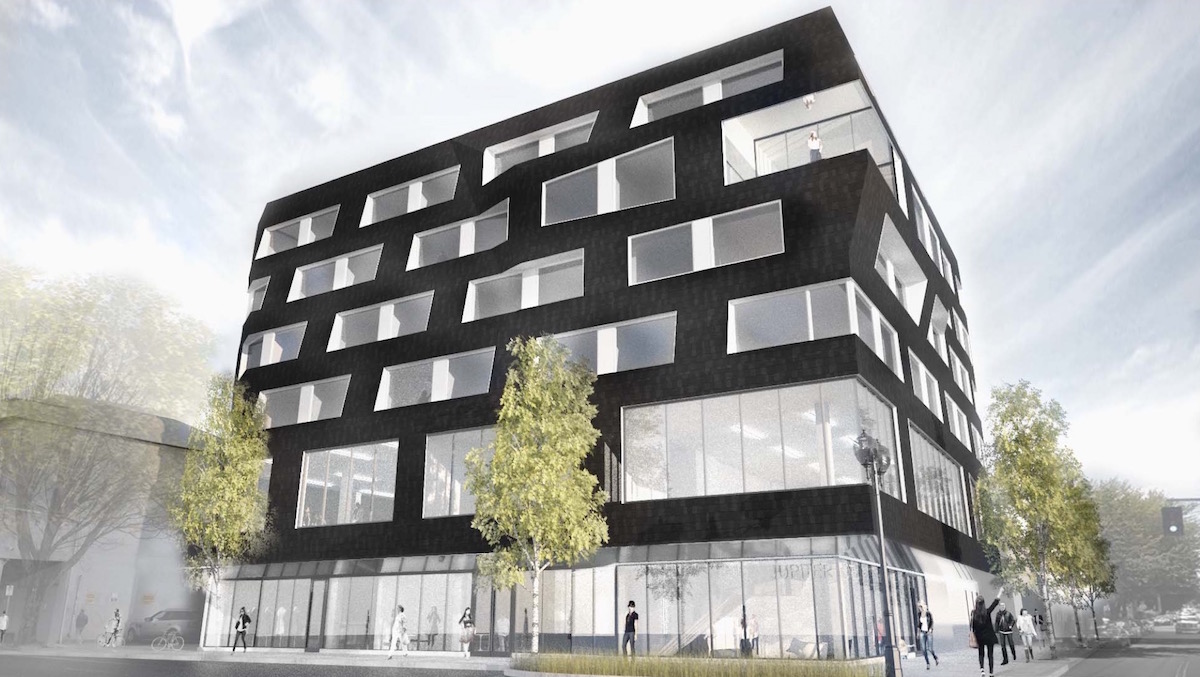 The design of the building has been significantly revised since it was presented for Design Advice in November 2015. In response to Design Commission comments that the building as originally proposed was too similar to other nearby Works Partnership buildings, including Slate and 811 Stark, the exterior of the building has been completely redesigned. The clearly defined frames of the earlier proposal have been replaced with a more amorphous form. At the first Design Review hearing the proposed cladding was an asphalt composition shingle which, according to the architects, was chosen in part because of its ability to be applied over the angled forms of the building. In response to concerns raised by the Design Commission about the quality and permanence of the asphalt shingle the building will now be clad in dark grey 26 gauge metal shingles. 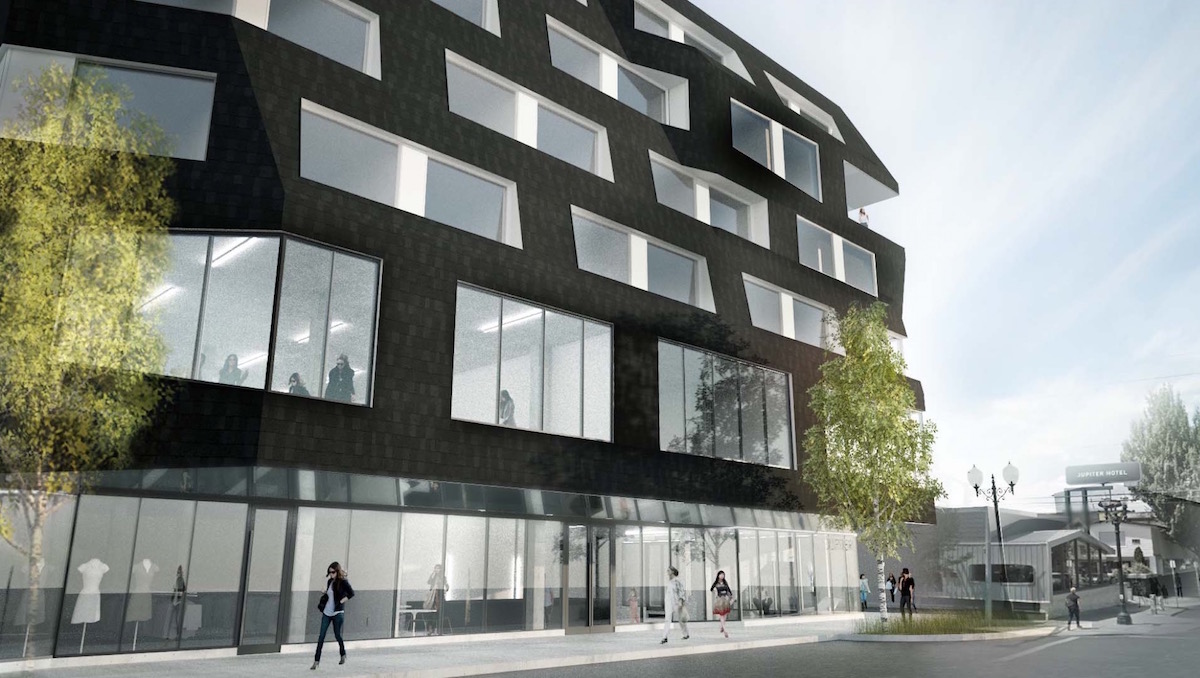 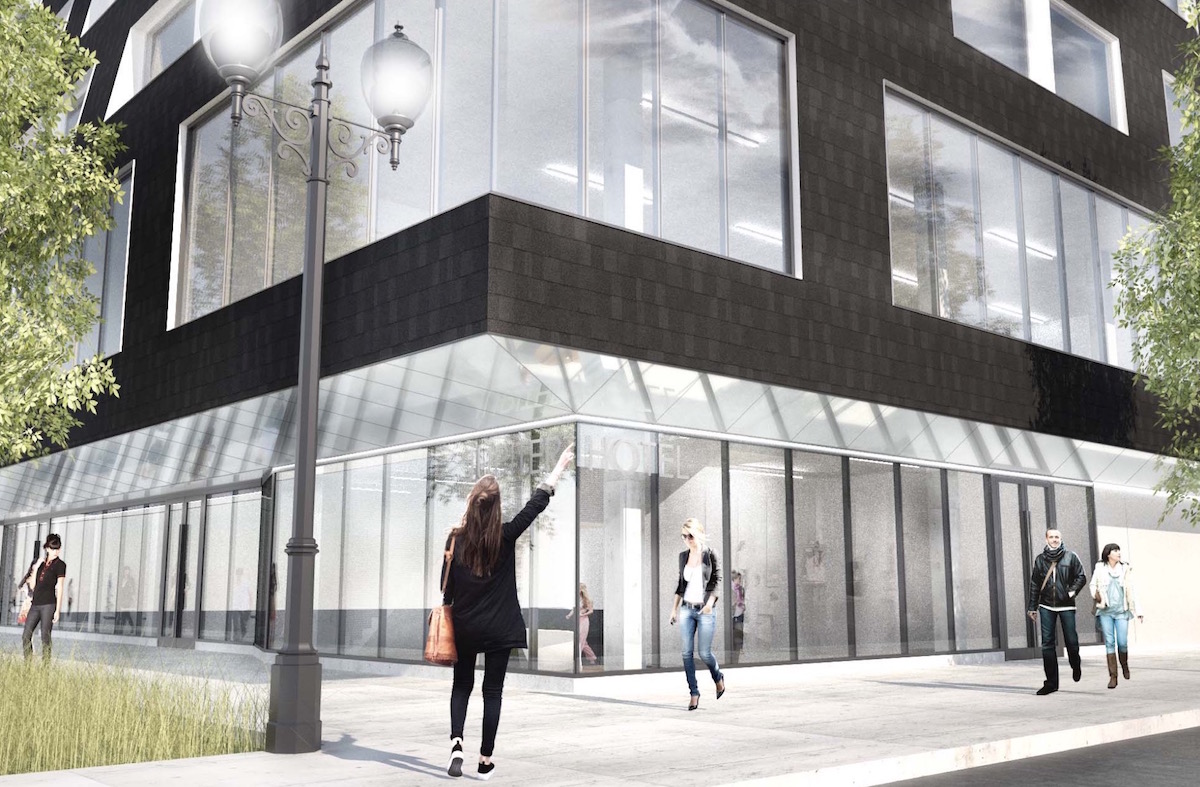 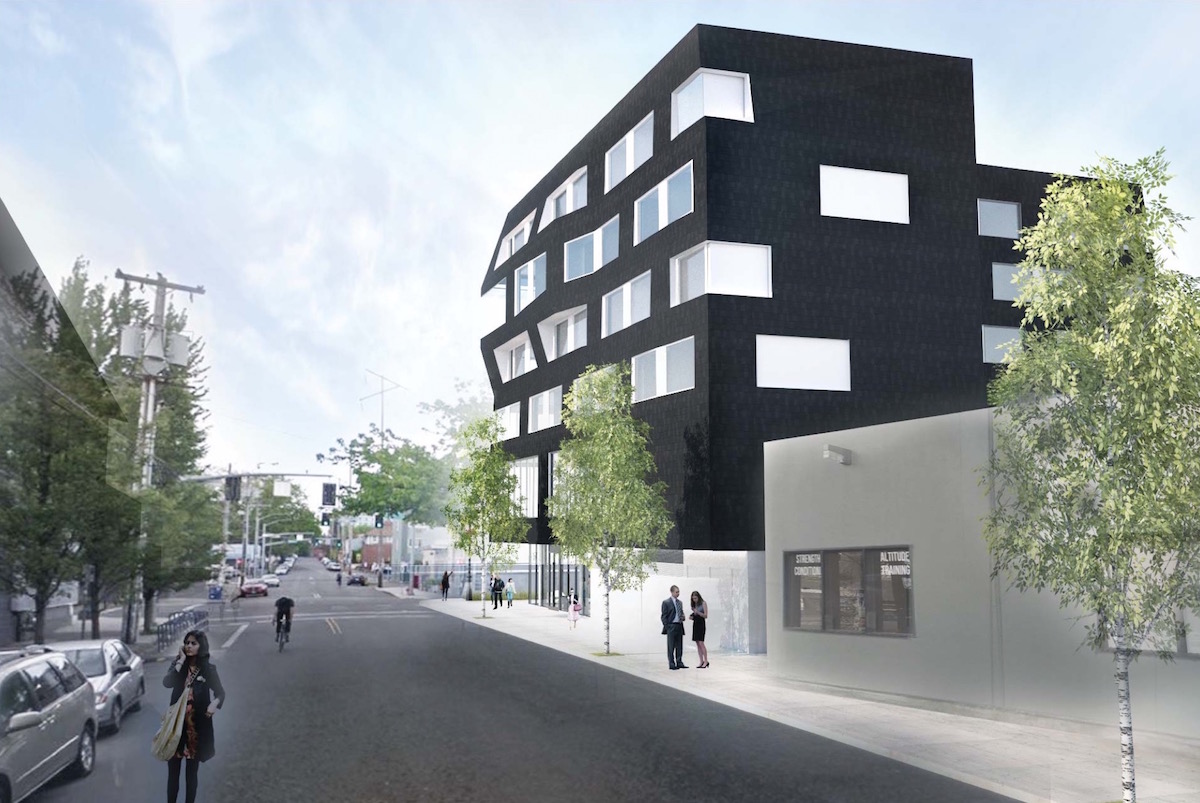 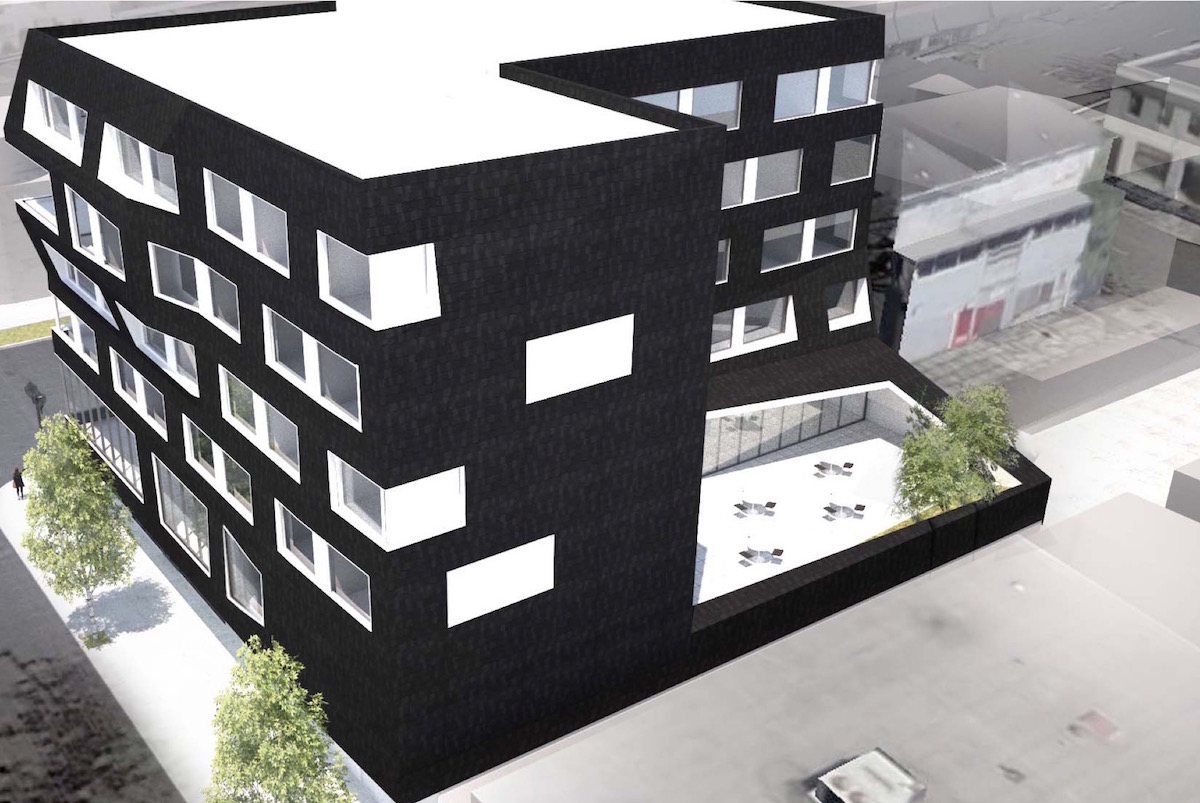 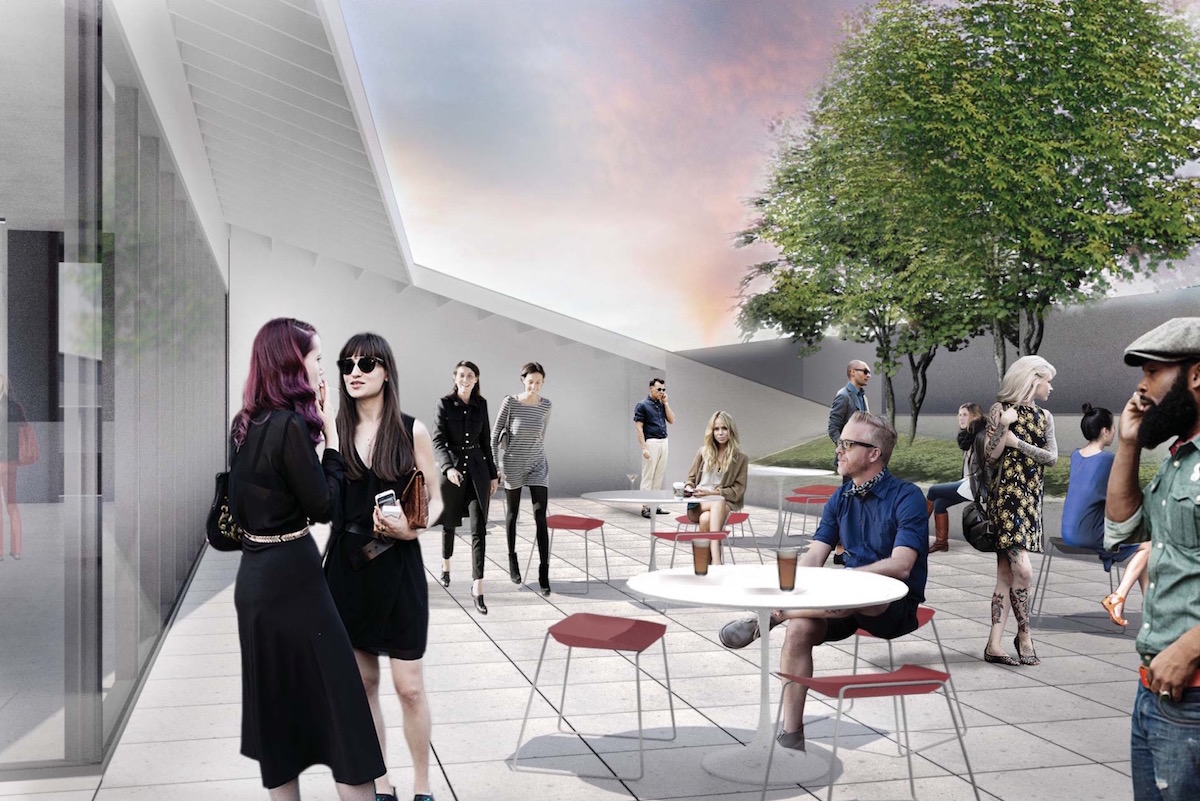 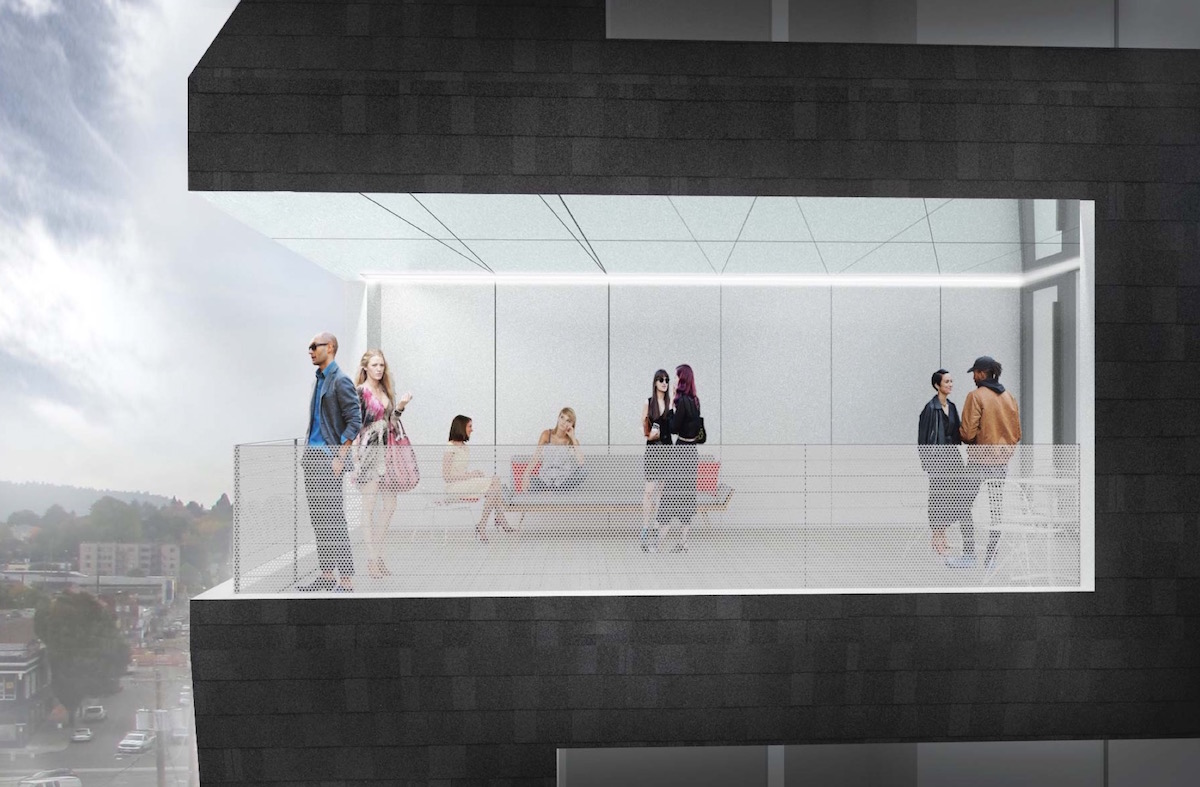 At the first Design Review hearing, held on March 24th, the project was not yet recommend for approval by City staff. The largest area of concern was around the exterior finishes. During the first hearing Commission Chair David Wark offered his thoughts on the quality of the design and the materials proposed:

I see it very clearly as this sculptural form, that does everything we asked them to do. The primary move was to come out and embrace the arcade guideline, which it does. Brilliantly. For me, that was a starting point. They addressed everything, in a way that enhances the district in a very significant way, much like the BSide6 did. I see this as just a next generation of interpreting the arcade guideline in a very original way, and I see the organization of the building very clearly. Now, having said that, the tipping point for me is the shingles. I admire the thought and creativity of even identifying that as a material. I have seen houses and other structures with roll roofing on them… and they sort of work. The tipping point for me at this point is that we’re in a Design District that calls for “quality and permanence”. You can define that in many ways, but for me the “quality” is what I’m after. I just re-imagine this in a metal shingle in a small size (not a Frank Gehry oilcanning type) and that elevates it in a way that reinforces the quality of the design elements. The quality of the design and the concept, versus the quality of the material, just aren’t matching yet, for me. I love everything else about it. 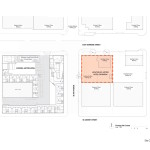 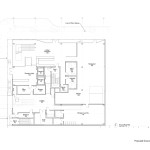 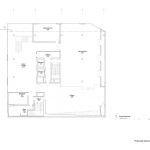 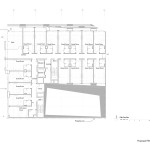 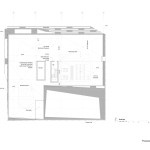 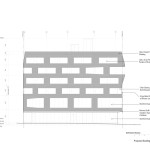 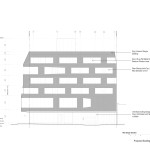 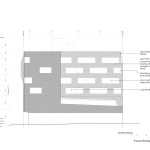 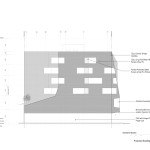 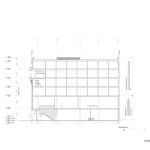 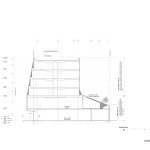