Salazar Architects and LRS Architects have gone before the Design Commission for a second time to receive Design Advice on a new affordable housing development at NW 14th and Raleigh. The 12 story building, being developed by Innovative Housing, would include 93 units. 40 of the units will be reserved for formerly homeless individuals and families, while the remaining 53 units will be available to those earning between 30 and 60% of Portland’s Median Family Income. 16 vehicular parking spaces are proposed at the ground level. 161 short term bicycle spaces will be provided. 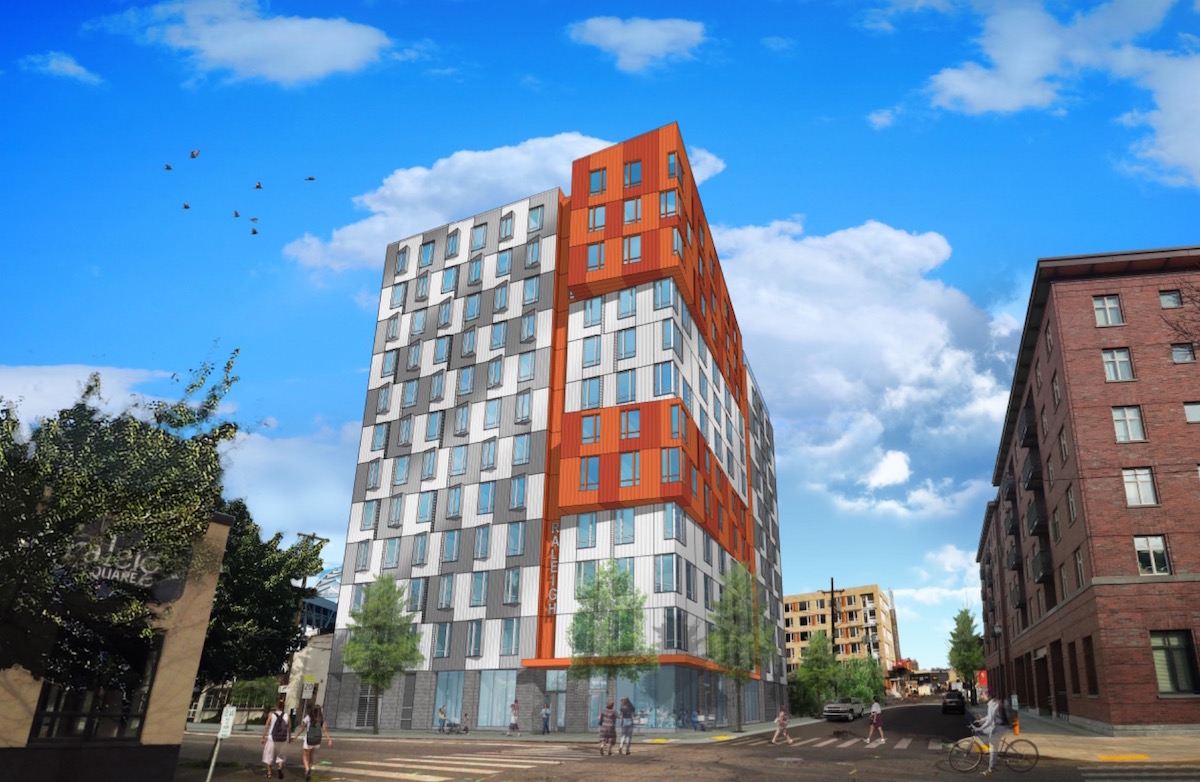 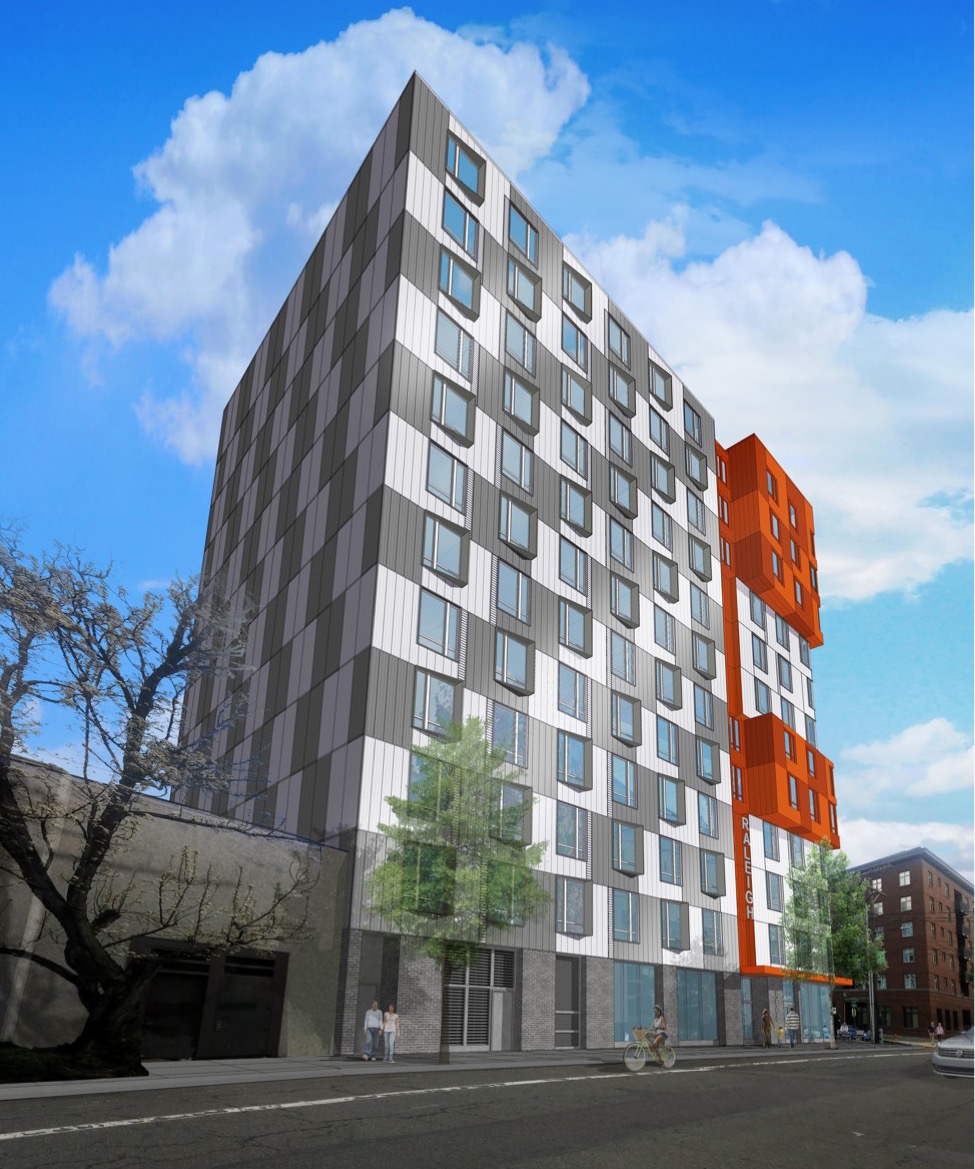 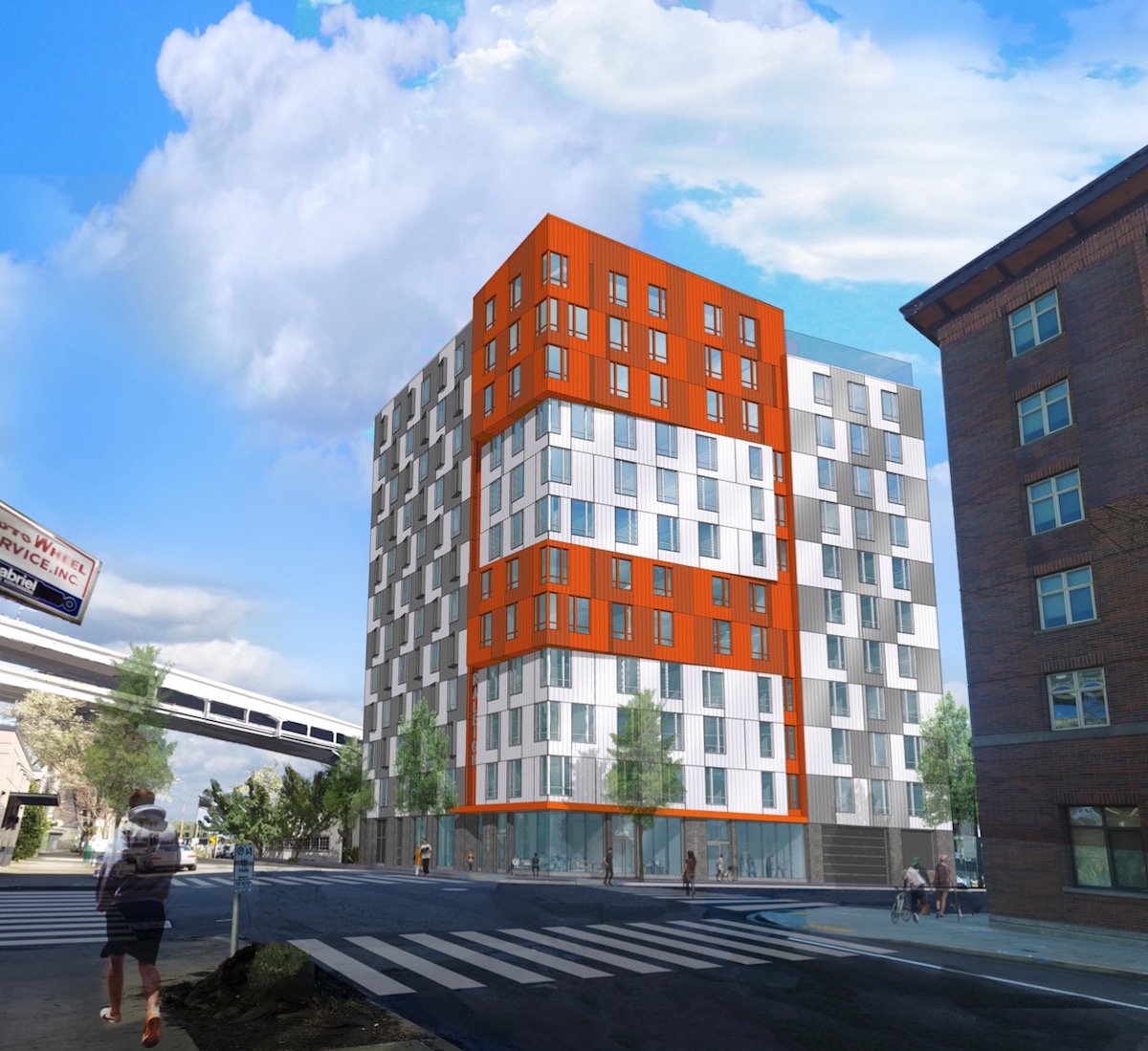 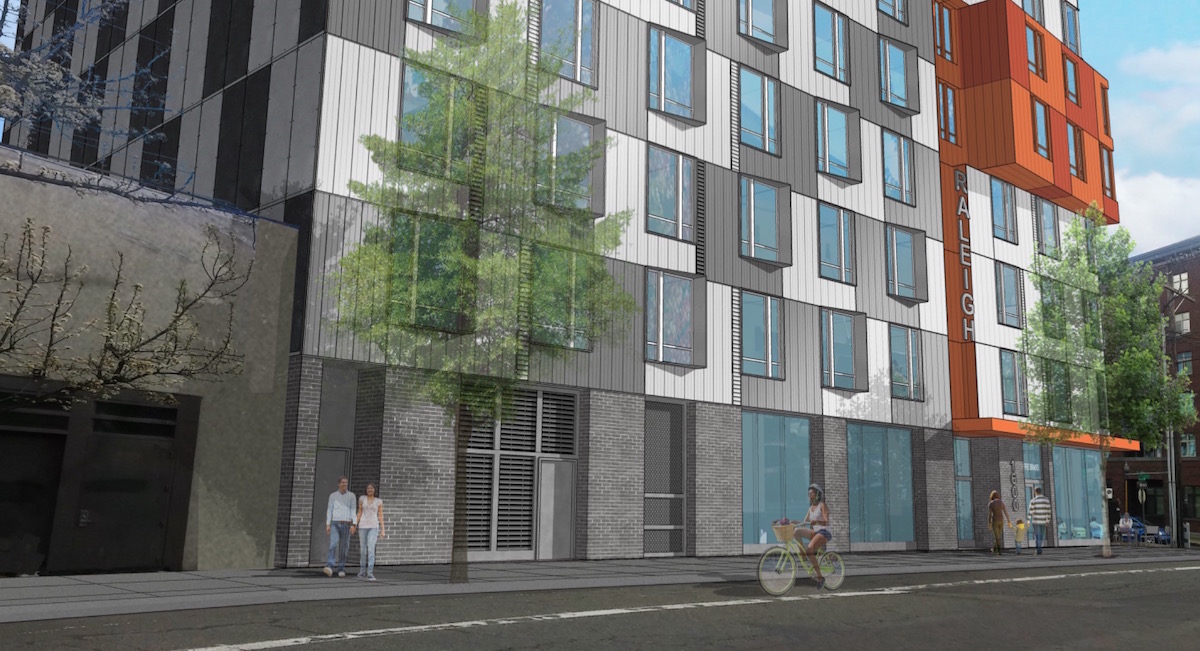 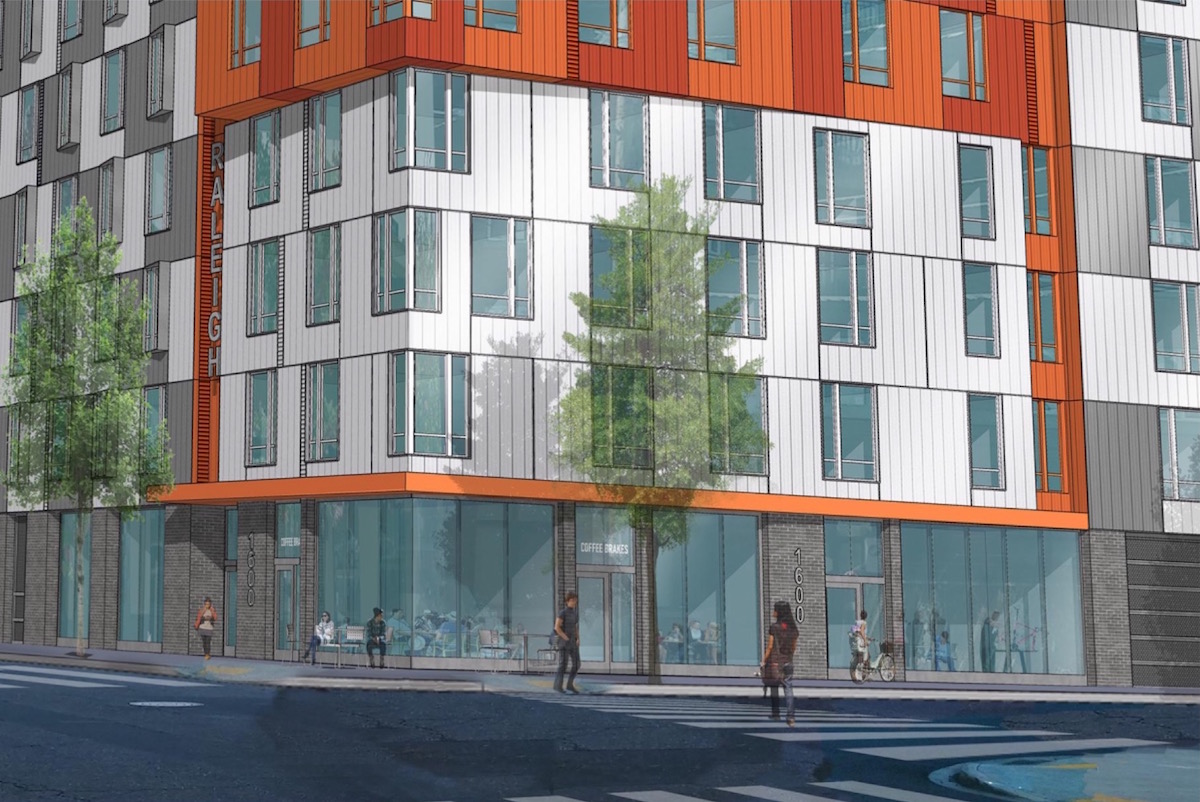 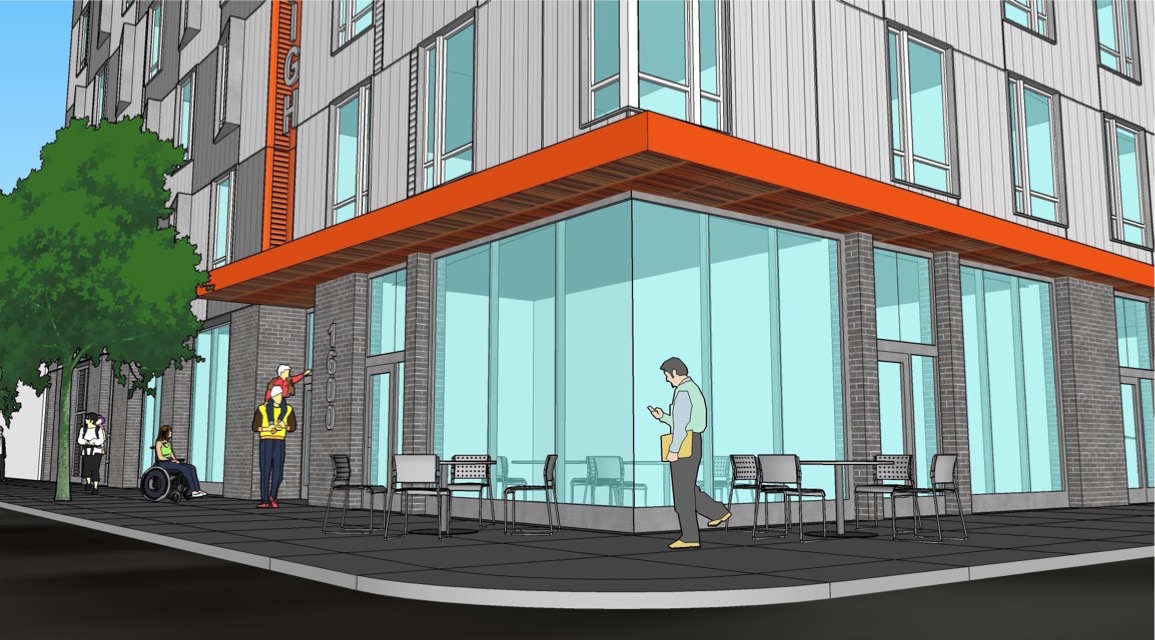 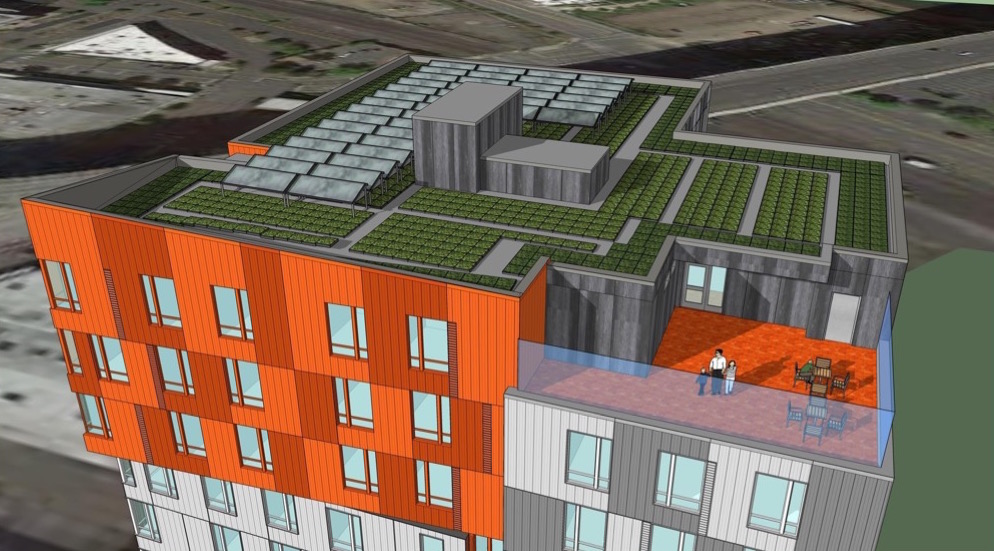 The project first went before the Design Commission on April 7th 2016, and returned for its second advisory hearing on May 19th 2016. Changes made since the first iteration of the design include: the relocation of the ground floor commercial space to the building corner; the conversion of the bike storage into a more active “bike lobby”; adding more pronounced metal frames around the windows; and limiting the use of the orange metal panel to the major architectural features of the building.

A memo [PDF] to the Design Commission, published between the first and second hearings, outlined the issues identified by the Commission at the first hearing, and those that Bureau of Development Services Staff felt still remained with the revised design. Much of the Design Commission’s discussion centered on how the building responds to the “Design for Coherency” guideline. Staff comments included the opinion that “multiple elements compete, the oversized oriels are too solid, the ground floor is too compressed, the materiality is too flat, and the solutions are graphic rather than architectural”. Asked by the developer how they can do a building that has “energy” and “excitement”, while responding to Staff and Design Commission concerns, Commissioner Livingston responded:

Under a recent code change passed by City Council, affordable housing developments receiving direct City subsidy have the option of going through a lower level of Design Review than is typically required in the Central City. The project team will be able to either submit NW 14th and Raleigh for a Type IIx Design Review, where the decision is made by Bureau of Development Services staff; or to submit for a Type III Design Review, where the decision is made by the Design Commission at a public hearing. 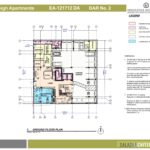 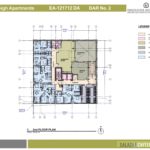 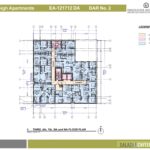 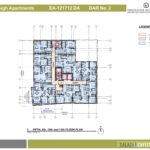 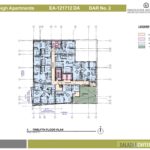 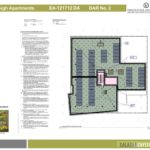 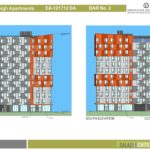 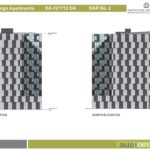