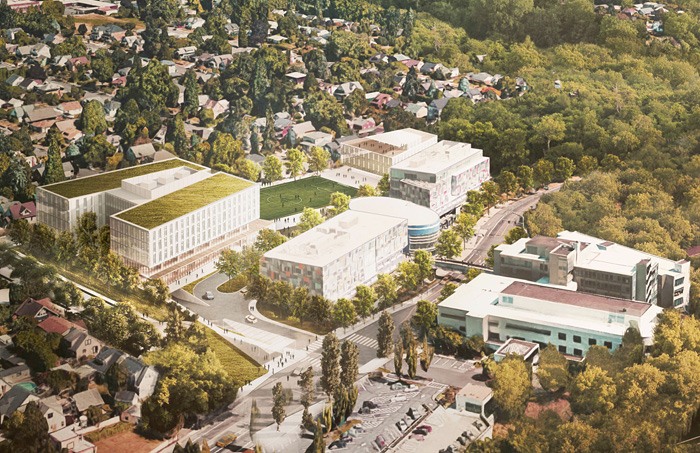 The Adidas Campus Expansion is being designed by LEVER Architecture

Three new buildings are planned* as part of the Adidas Campus Expansion, writes the Daily Journal of Commerce.

In a two-part series, the Portland Tribune analyzed why new apartments so expensive and offered 9 ways to make apartments cheaper.

The Portland Tribune reported that polling for Metro shows that voters might support a $1 billion regional affordable housing bond.

The Oregonian wrote about wrote about the member of Portland’s Historic Landmarks Commission who is weighing in on a proposal at 1727 NW Hoyt St—directly across from her own house.

The Business Tribune reported on the history of various development proposals for Old Town Chinatown Block 33.

Portland for Everyone argued that the Riverplace Redevelopment was saved by the city’s affordability mandate.

OPB reported on the future of the Artists Repertory Theatre, which will include selling half their site at 1515 SW Morrison St for new housing.