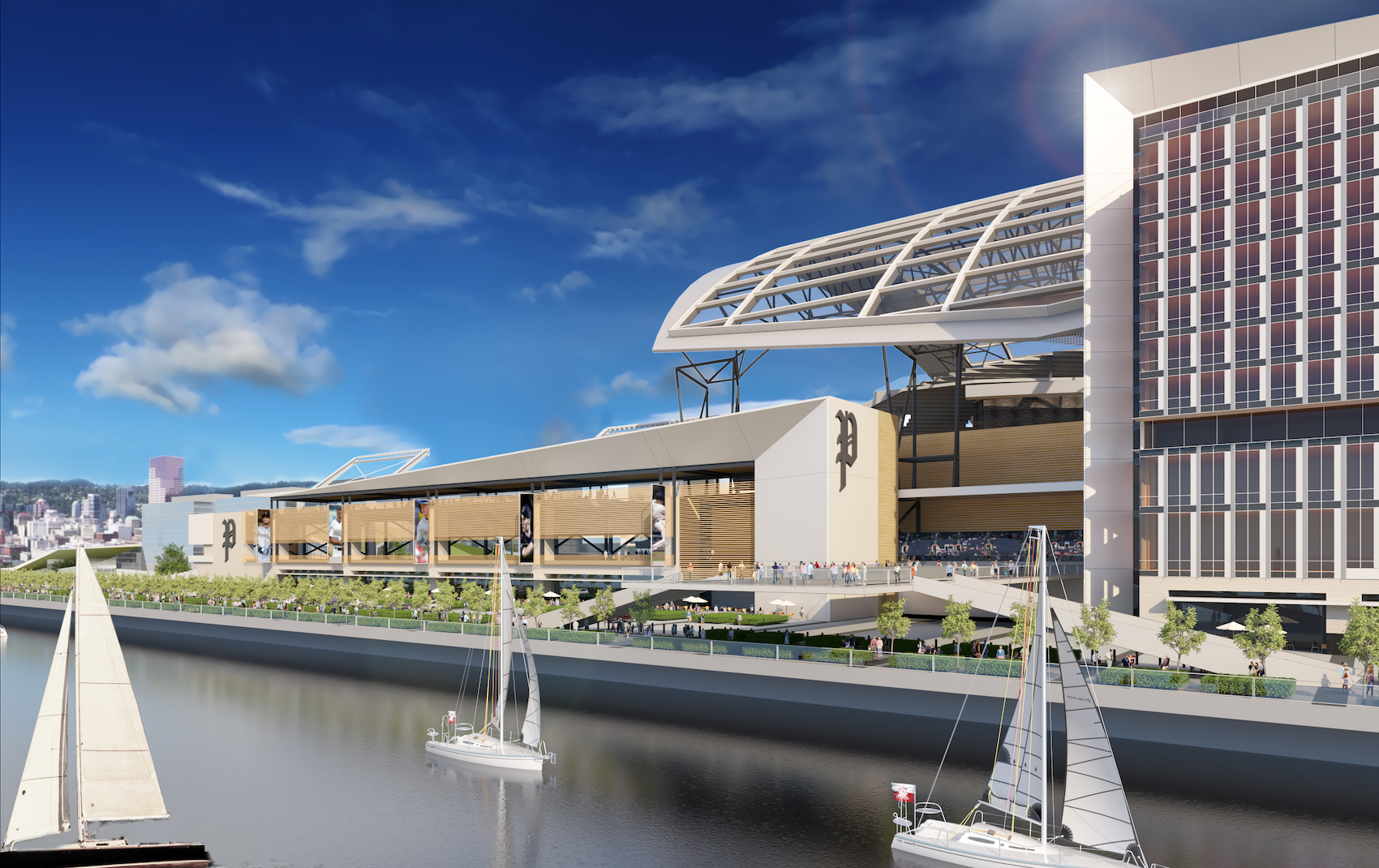 The Portland Diamond Project has proposed an MLB stadium on the banks of the Willamette.

The Portland Diamond Project has an agreement with the Port of Portland to build an MLB stadium on the Terminal 2 site, reports the Oregonian. The paper also reported that Mayor Wheeler said the city “wouldn’t pay for a stadium or buy a team” but could “absorb some costs related to transportation and other infrastructure such as utility service”, and looked into what we know (and don’t know) about the proposal.  BikePortland looked at the access issues around the proposed riverfront stadium. The Portland Business Journal asked its readers what they think about the stadium.

The Portland Business Journal wrote about how the Nature Conservancy is “sprucing up its Oregon headquarters with tons of timber“.

TMT Development, best know its development of downtown high rises, has completed The Marilyn at 2310 SE Hawthorne Blvd. The Daily Journal of Commerce published photos of the 59-unit mixed use building.

The Oregonian reports that the City Council declined to block the affordable housing development proposed at 1727 NW Hoyt St.

The Oregonian looked at whether the site under the Broadway Bridge is too contaminated for the Oregon Harbor of Hope shelter.

The Portland Timbers will play their first 12 games on the road in 2019 due to construction of the Providence Park Expansion, reports the Oregonian. The club now  “expects the expansion project to be completed by late May or early June 2019.”