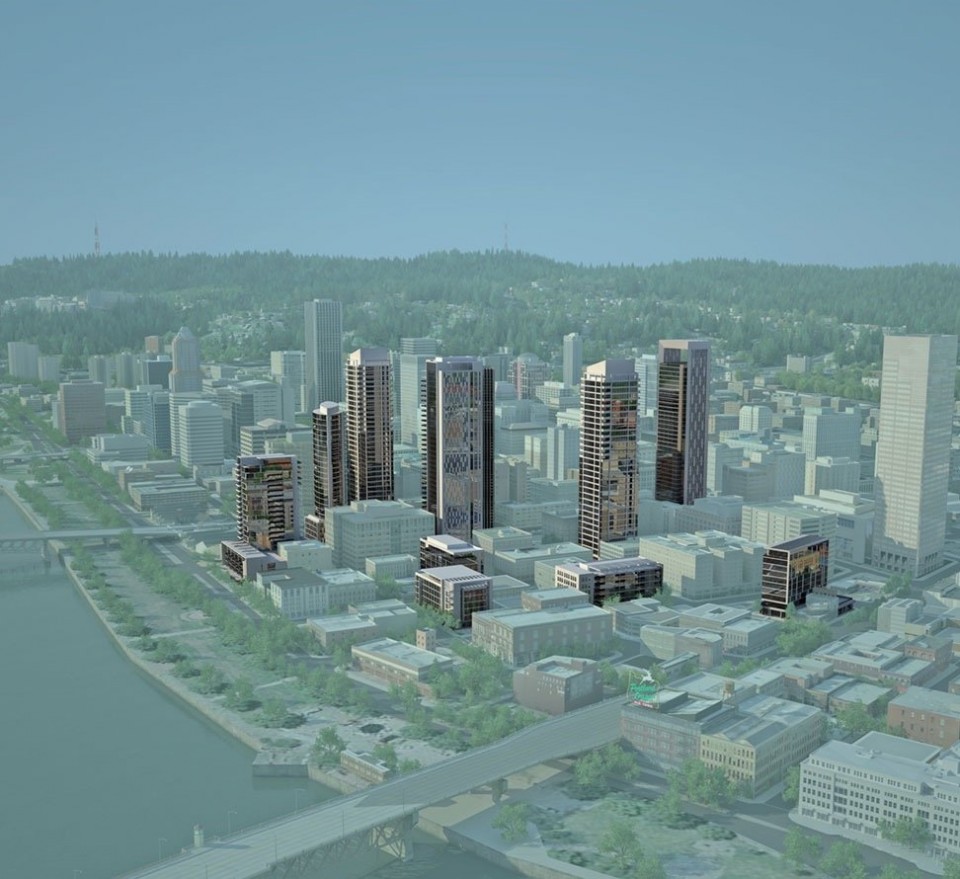 Concept image for the Ankeny Blocks in Downtown

Goodman family controlled Downtown Development Group released a concept for the Ankeny Blocks, an ambitious $1.5 billion redevelopment of 11 surface parking lots between the Morrison and Burnside Bridges. According to the story in The Oregonian the intent is to “enter into long-term land lease agreements with developers and investors once an agreement for a project is reached.”

Jazz club Jimmy Mak’s will be relocating to make way for an 11-14 story residential development at 205 NW 11th Ave, reported the Willamette Week. A Design Advice Request hearing for the SERA-designed project is currently scheduled for March 17th.

Also in the Willamette Week was the news that Sewick’s bar on SE Hawthorne will close on Sunday January 31st. The building at 4917 SE Hawthorne Blvd will be torn down by Urban Development Group to make way for a 46 unit apartment building.

The Portland Chronicle wrote about the pending demolition of a commercial building at 1015 NW 16th Ave, set to be replaced by a 153 unit by WDC Properties. The currently vacant property was home to live music venue Slabtown until it closed in 2014.

The Oregonian wrote that Royale Brewing will open a new bar named the Garrison in the Two/Thirds development. The St Johns retail, office, and residential project by Guerrilla Development will also include a second location of The Sudra vegetarian restaurant.

Tech company GuideSpark will lease the entire two floors of office space above the Pine Street Market, according to The Portland Business Journal.