The project site is a half block at 915 SE Belmont Street, seen below in 2015 when it was still being used as surface parking. One block to the west is Grand Central Bowl, which was renovated by the same Foresight. The under construction LOCA @ the Goat Blocks development is located one block to the south and east. Other nearby developments include the under construction Modera Belmont and Grand Belmont, which has now been submitted for Design Review.

Changes made since the first Design Review hearing include increasing the number of Juliette balconies, the relocation of the main entrance to be further from the garage door, and the simplification of the ground floor window system. At the friendly suggestion of the Design Commission air conditioning was introduced to the building, with louvers integrated into the window system. 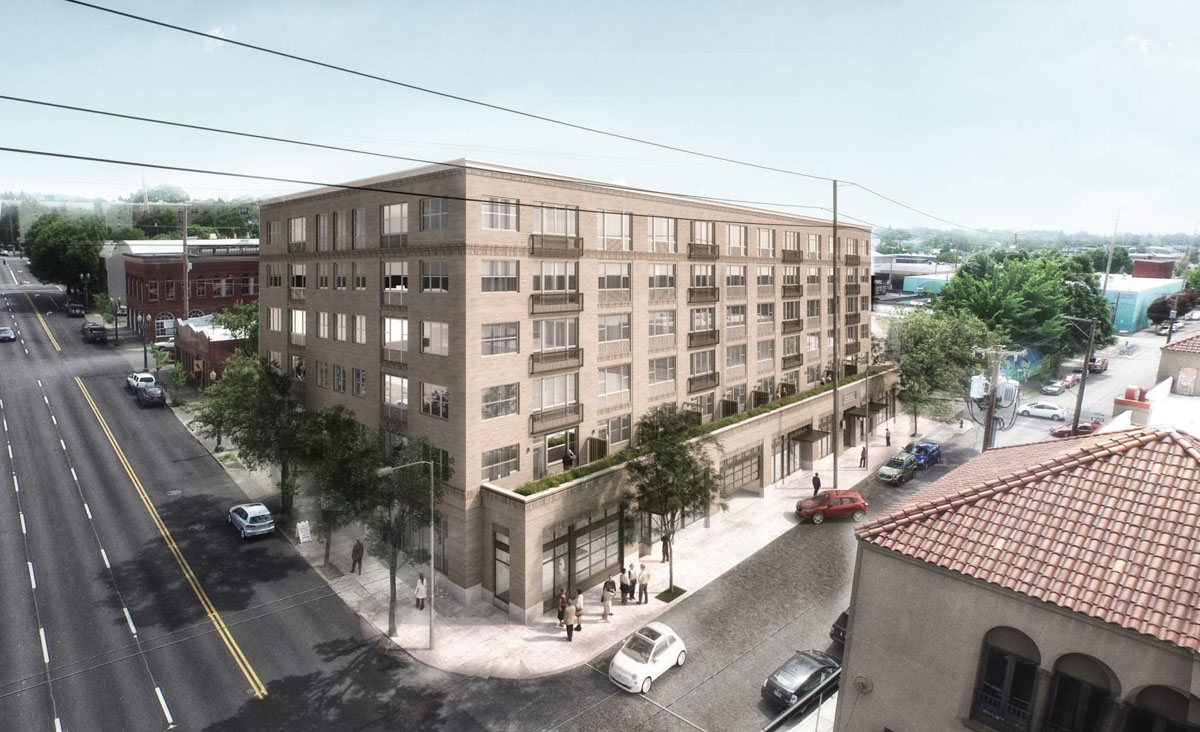 The project was approved [PDF] through a Type III Design Review on August 20th, 2015. No public testimony was received during the Design Review process, either in writing or at the three public hearings. In the Final Findings and Decision by the Design Commission it was found that despite being taller than many of the surrounding buildings, the 9th & Belmont apartments will complement the context of existing buildings in the neighborhood:

The area historically operated as a working and industrial manufacturing district with a mix of uses within buildings of varying styles and materials. The immediate area around the site contains a modern multi-story government office building, several renovated low-scale streetcar-era commercial structures, a quanset hut, warehouse-style buildings, and surface parking lots. The neighborhood is starting to redevelop in a new direction with the construction of a number of mid-rise apartment buildings around the periphery of the Central Eastside. This proposed building’s brick exterior which is highlighted by dimensional patterning and recesses, the simple rectilinear form, and repetitive window openings match a number of local early 20th Century mid-rise warehouse style buildings. Though the immediately adjacent buildings are one and two-story structures, the proposed building massing and its location at the lot lines anticipates the desired height and prominence of buildings in this portion of the Central Eastside.

Building permits for Little LOCA were submitted in June 2015. The permit was issued by the City in May 2016. Construction began shortly afterwards. 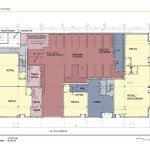 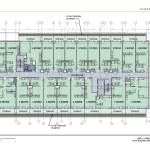 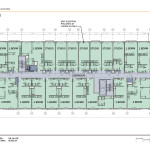 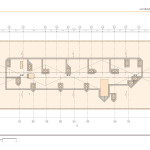 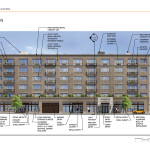 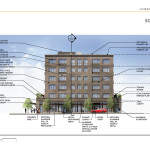 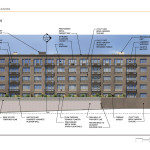 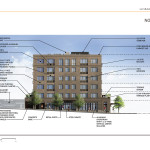 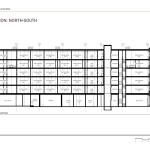 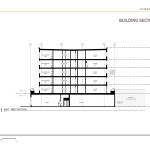