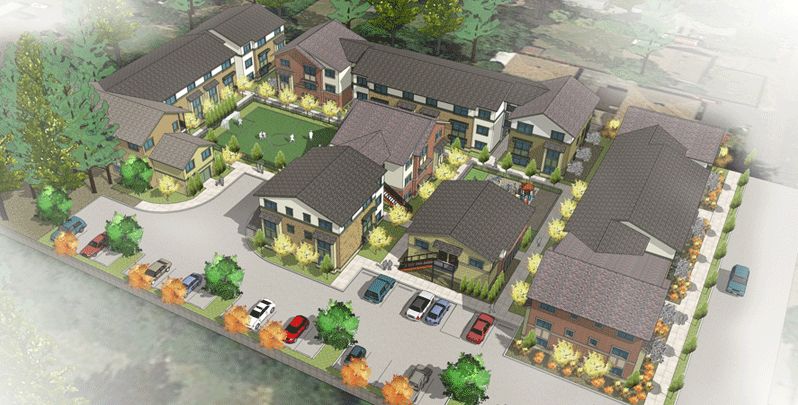 Portland Shoupistas asked if it is time for Portland to eliminate minimum parking requirements, following recommendations from the White House on how to reduce barriers to housing development .

The DJC wrote about how Ankrom Moisan is rethinking the architecture office*, as they get ready to move into their new home at 38 Davis in Old Town.

The Business Tribune looked at Clay Creative, the new Central Eastside offices on the site of old Taylor Electric building that are now home to online bank Simple.

As Zidell Marine gets works on its last barge, Portland Architecture discussed Portland’s transforming waterfront and wondered if the “gold-hued gantry crane” could be retained as part of future development on the Zidell Yards. BikePortland looked into whether the end of barge building could accelerate the schedule for completion of the South Waterfront Greenway path. The Oregonian discovered that “Portland housing officials learned this week how much it’ll cost to buy land from the Zidell family to build affordable housing“–but won’t say yet.

KOIN reported that after 53 years Der Rheinlander restaurant at 5035 NE Sandy Blvd will close in 2017. The property has been bought by developer Venerable Properties.

Directly across the street, at 5036 NE Sandy Blvd, a 6 story apartment building is planned on the site currently occupied by Taco Time, writes the Hollywood Star News.

At Portland Monthly Randy Gragg wrote that is “growing like never before”, and asked “what should we do next?”

A lengthy piece in the Willamette Week looked at affordable housing, and how “City officials have paid little attention to delivering the most housing for the money spent“.

With demolition underway at 1127 SW Morrison St ghost signs were revealed on an adjacent building, for the first time in 93 years. Restore Oregon tracked down newspaper ads for each of the businesses.