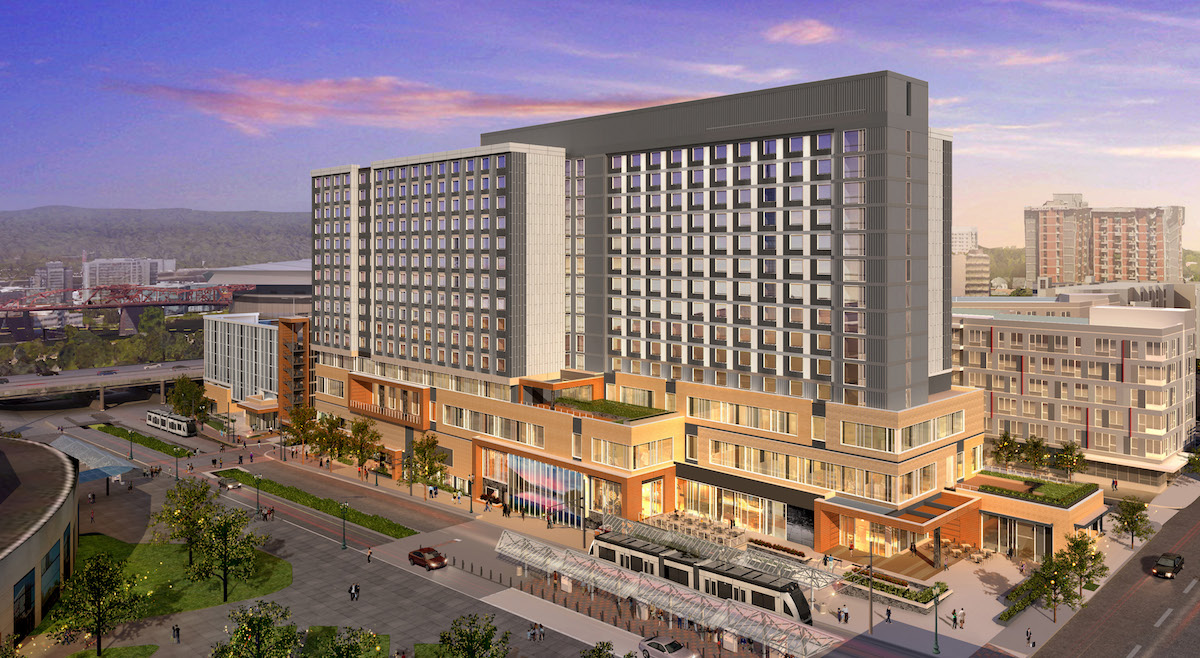 The proposed Hyatt Regency at the Oregon Convention Center

A change in policy at the Bureau of Development Services means that ranked properties on the city’s Historic Resources Inventory will now be subject to a 120 day demolition delay, even if the property owner requests that it be removed from the Inventory.

The Business Tribune wrote about how advocacy organization Restore Oregon wants to ensure that “we don’t want to lose those things that make Portland Portland” as the city grows.

As thousands of units per year get built in Portland, the DJC looked at how much parking developers are choosing to build. While investors once demanded a 1:1 parking to units ratio, 0.6:1—or less—has become common.

Construction has finished on the International School Expansion, reports the Portland Business Journal. According to the paper the school “kicked off the school year this week with a ribbon cutting ceremony for its new Learners’ Hall, a 10-classroom building for fourth- and fifth-grade students”.

The Willamette Week reported that parents are warning that delays to Portland Public Schools’ $750 million bond could doom it to failure. If passed, the bond would pay for the rebuilds of Lincoln High School, Madison High School and Benson High School.