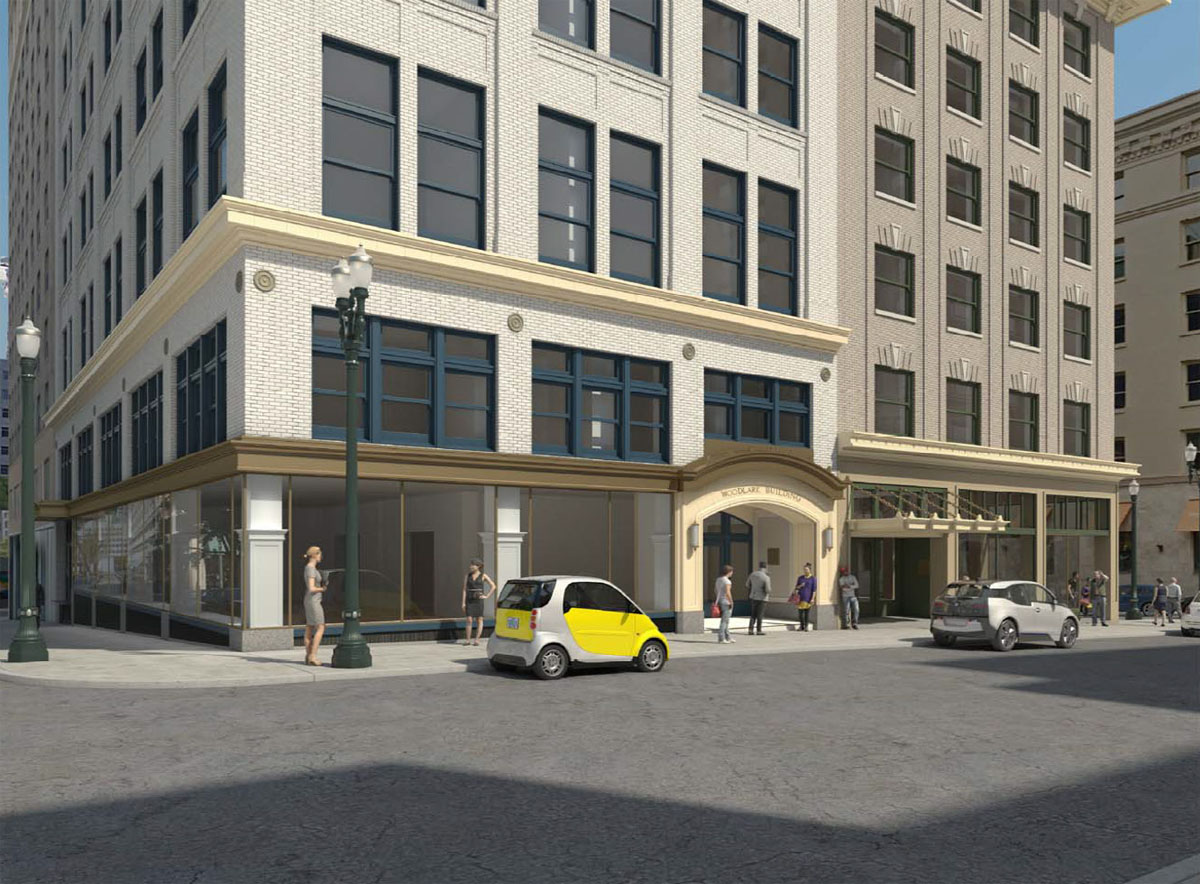 Image of The Woodlark hotel, after renovation

Architect magazine released its top 50 firms of the year, with Portland-based ZGF Architects in the #1 place. Also on the list from Portland was Hacker, at #13. In the design rankings of nationwide firms Works Partnership came in at #5, ZGF at #7 and Hacker at #17.

A single story commercial building at SW 12th & Morrison is about to be demolished, reports the Portland Business Journal. The building will make way for the 1127 SW Morrison office building.

The DJC reported on how “Sellwood growth stirs residents“*. Projects planned or under construction in the neighborhood include Spokane.13, 7119 SE Milwaukie, Galaxie Lofts and Sellwood Bridgehead.

Knot Springs Spa & Fitness has opened in the Burnside Bridgehead tower Yard, according to the Portland Business Journal. The 11,500 sq ft facility “offers monthly memberships as well as services by appointment”.

The Oregonian reported that ‘Top Chef’ finalist Doug Adams will be opening a restaurant named Bullard in The Woodlark, the Downtown hotel that be created in the Hotel Cornelius and Woodlark building. Existing business Johnny Sole, currently located at the site, will close according to the Portland Business Journal.

City Observatory asked if inclusionary zoning in Portland is “a good way to provide more affordable housing, or will it actually worsen the constrained housing supply that’s a big cause of higher rents?”

The Portland Business Journal wrote that the Portland Development Commission has agreed to spend a further $1 million to demolish the feed mill building at Centennial Mills. Current plans still envision the retention of the iconic flour mill.

An investigation by The Oregonian covered how Commissioner Saltzman withdrew the award of city owned land and funding for Meta Housing’s Creators Collective project, and instead gave it to Portland Community Reinvestment Initiatives Inc, for their King Parks project.

The Abigail, the latest affordable housing development in the Pearl, had a grand opening on Friday. The 155-unit apartment building includes 128 units for families making between 30 and 60 % of area median family income.

Places over Time wrote about the latest iteration of 5 MLK in “How I Learned to Stop Being and Architect and Design by Committee.”

The Foster Powell blog wrote about the 131 Units of Housing Coming to Foster at 5811 SE Boise, with more on the way at other sites.

One thought on “Weekly Roundup: The Woodlark, 1127 SW Morrison, 5 MLK, and more”