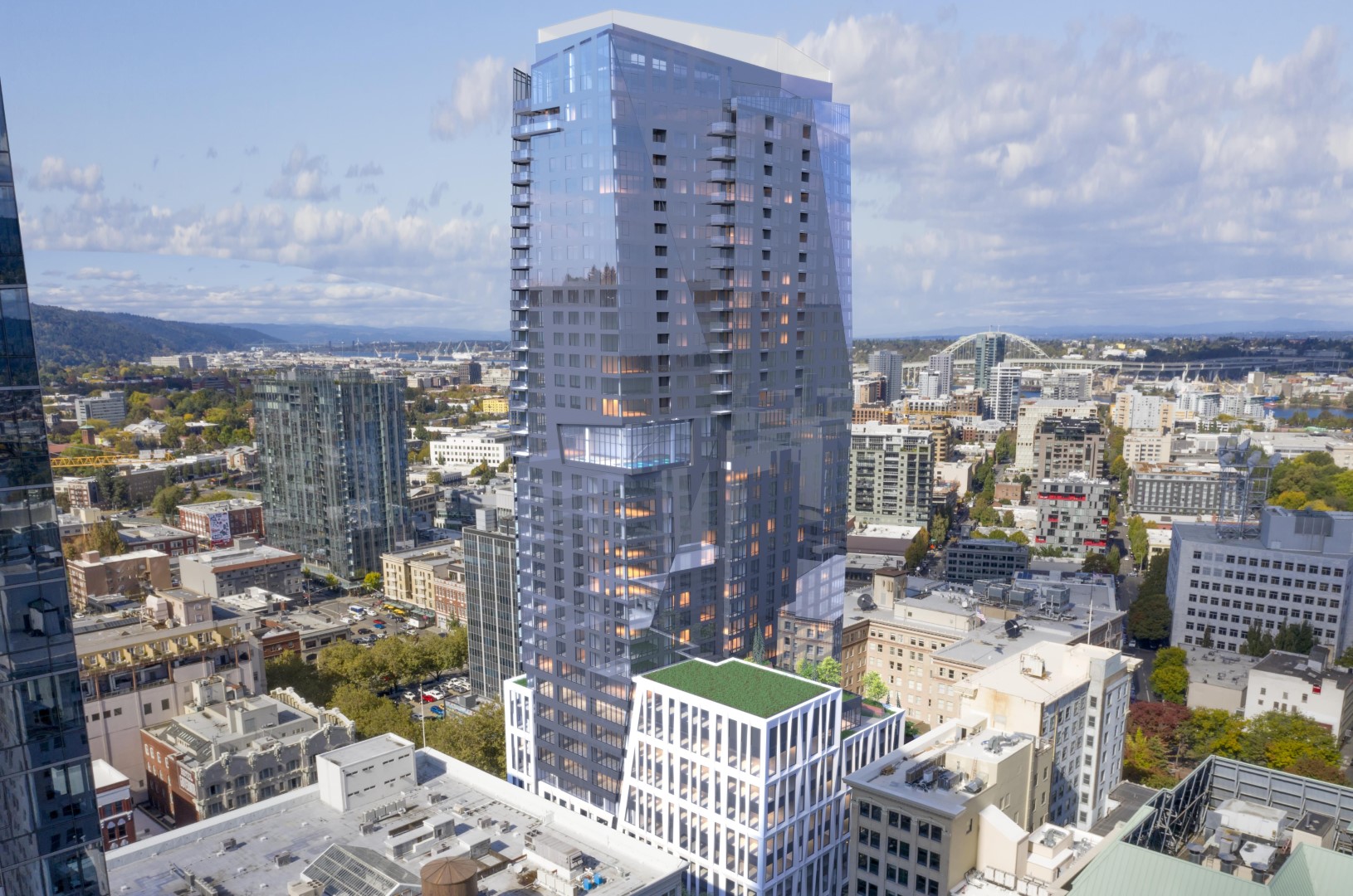 The Block 216 tower had its first Type III Design Review hearing last Thursday. Cart owners have been told they might need to vacate the 10th & Alder lot as soon as May.

With the surface parking lots currently home to downtown food carts being replaced by developments that include the Moxy Hotel and Block 216, advocates have called for a ‘culinary corridor’ along the midtown Park Blocks right of way.

The Southeast Examiner looked at the “phantom laundromat” at 2731 SE Belmont St. A building permit for a 5-story 46 unit apartment building on site is currently ‘approved to issue’, however a demolition permit for the existing structure has expired.

As the first buildings subject to the city’s inclusionary housing ordinance come online, the Daily Journal of Commerce looked at how different developers are complying with the mandate*.

The Business Tribune looked at the “projects aplenty” at Portland State University, including the Fourth and Montgomery Building and the Neuberger Hall Renovation.

Lonely Planet wrote about the KEX Portland, the “ultra-chic Icelandic hostel” planned at the Burnside Bridgehead.

Portland Monthly wrote about the Garlington Center, which brings health care and housing under one roof.