A mixed income development on Riveplace Parcel 3 has gone before the Design Commission for its second Design Advice hearing. The project by Ankrom Moisan Architects will include two buildings: a 14 story west building with 209 units of affordable housing; and a 6 story east building with 162 units of market rate housing. The project is being jointly developed by San Francisco based affordable housing provider BRIDGE Housing and Portland based Williams & Dame. The landscape architects are Lango Hansen. 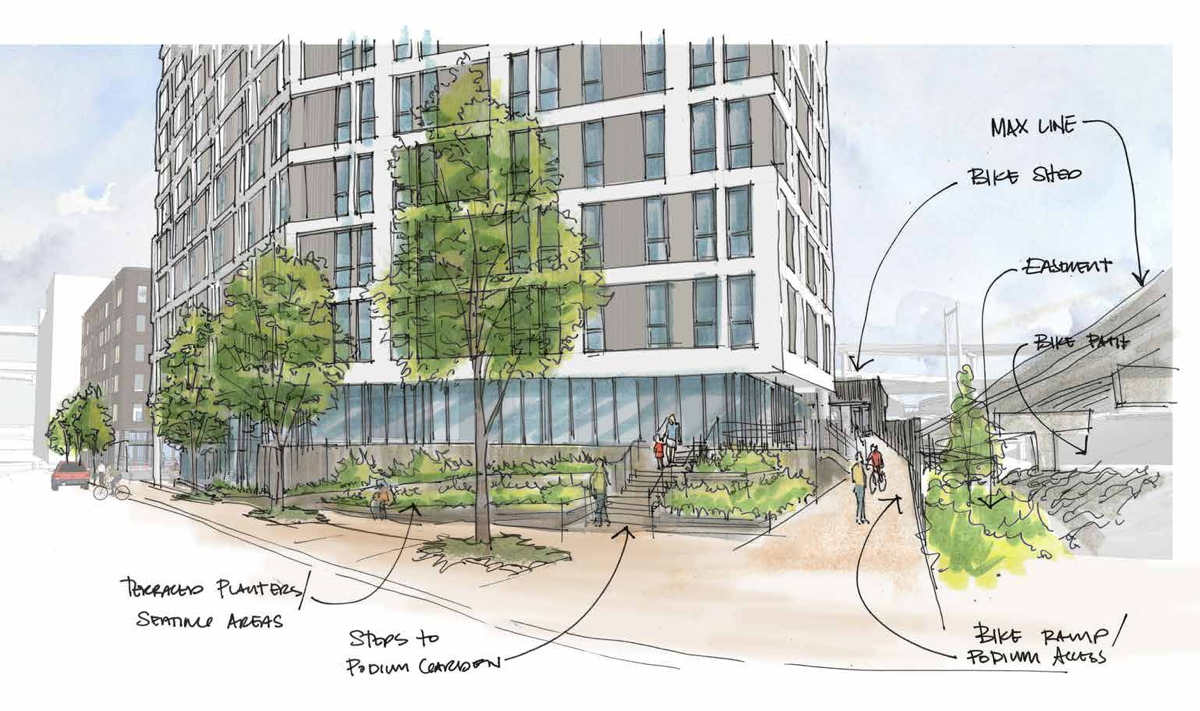 A memo [PDF] to the Design Commission, published before the April 7th hearing, outlined potential areas for discussion. These included: the site design, which has been revised in response to Design Commission comments at the first Design Advice hearing; the building massing; the elevations, composition and materials; and the ground floor active uses. The Design Commission generally praised the evolution of the project since they last saw it, though encouraged the applicants to continue to work on evolving the lower market rate building. Near the end of the hearing Commissioner Vallaster offered his thoughts about the base of the market rate building:

Keep pushing this corner building. You’ve taken it a long way from what it was before, and it works a lot better, but probably [needs] just another couple steps. It’s a little confusing to the right: it seems like you’ve got too much stuff coming vertically down. It seems like it would be better if it floated more, had more glass.

As is also the case for the 14th & Raleigh affordable housing project, Riverplace Parcel 3 will be eligible to submit for a Type IIx Design Review, where the decision is made by Bureau of Development Services staff. This is allowed under a recent code change passed by City Council, where affordable housing developments receiving direct City subsidy have the option of going through a lower level of Design Review than is typically required in the Central City. 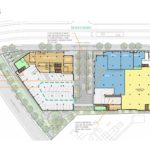 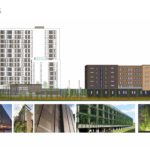 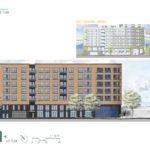 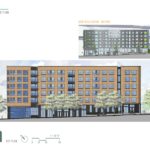