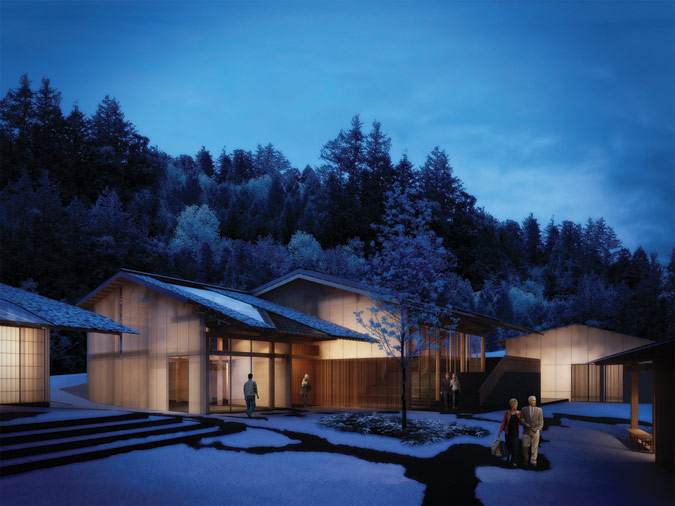 Japanese Garden Expansion, as proposed in 2011

Our weekly roundup includes stories from the last week relating to architecture & development in Portland.

The Willamette Week reported that Metro has asked state lawmakers to pass a law that would ensure the Convention Center Hotel will be exempt from a public vote.

As part of their ongoing series about the Central Eastside, The Oregonian wrote about the thriving food and drink industry in the rapidly changing area.

The Land Use Board of Appeals upheld [PDF] the City of Portland’s approval of the Conditional Use Permit for the Japanese Garden Expansion. The project will include new buildings by Japanese architect Kengo Kuma, with THA Architects acting as the local design firm.

The first images of the proposed Canopy by Hilton in the Pearl District were published by The Oregonian.

Urban Works Real Estate will be handling the leasing for the renovated 1320 Broadway building, formerly home to The Oregonian. On their blog they sneak peek at some of the updates and amenities the Pietro Belluschi designed building will receive.

The Portland Chronicle published photos of the demolition of a house at 1459 SE Ankeny St, where a new five-story mixed-use building is under construction.