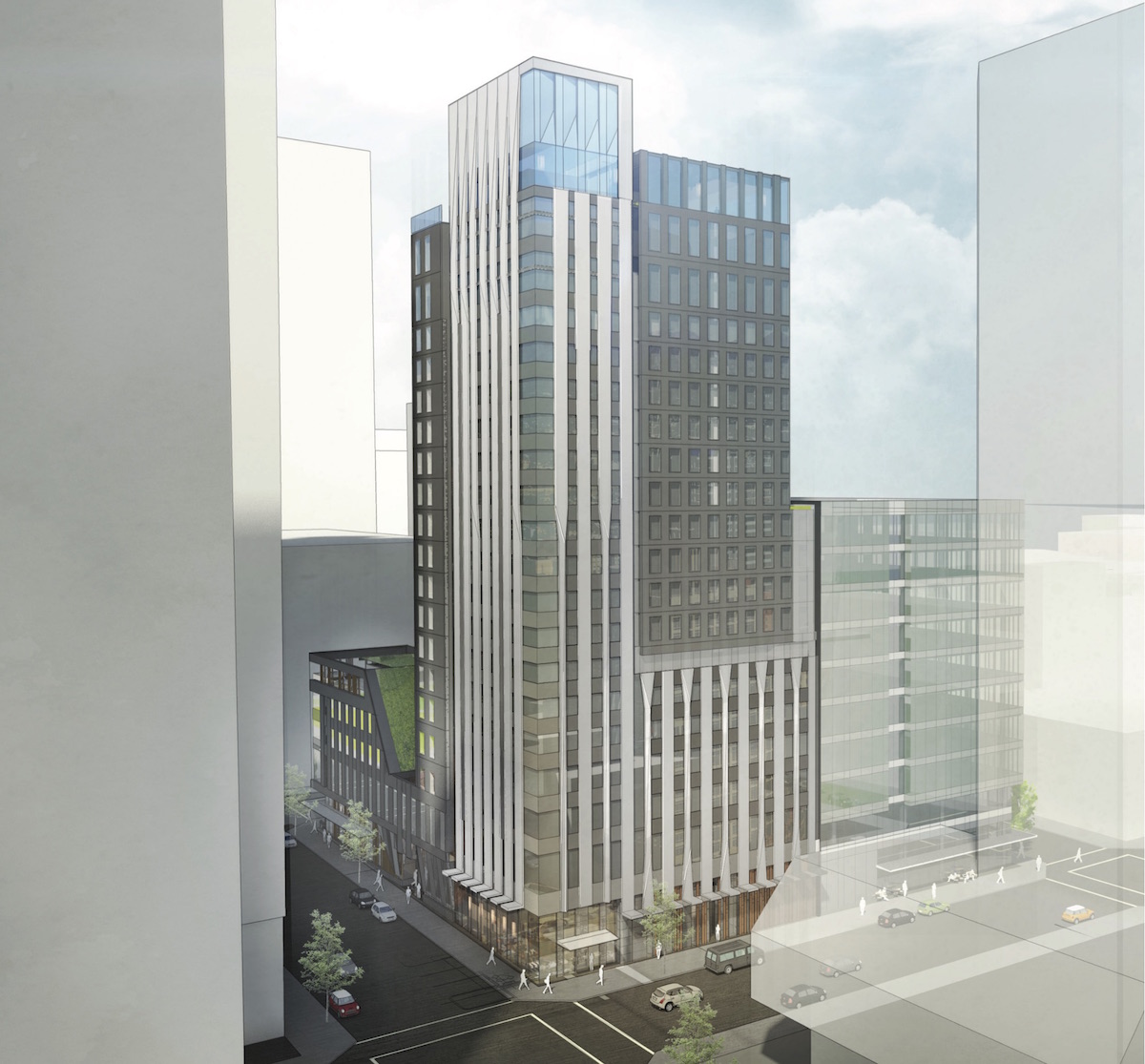 Restore Oregon announced that they filed concurrent appeals to the City and to LUBA, arguing that the City erred in removing the Albion Hotel and Ancient Order of United Workmen Temple from the Historic Resource Inventory. The buildings are threatened by the development at 3rd and Taylor.

Online bank Simple will be the anchor tenant for Clay Creative, according to a story in the Portland Business Journal. The new space will be “nearly double the size of Simple’s current home and will be able to accommodate 500 people.”

Writing about Framework, the proposed 12 story building in the Pearl, the Portland Mercury looked at how the use of wood in high rise construction could “help solve the city’s affordability problem, create living-wage jobs in rural communities, and help save the planet”

The Portland Business Journal reported that the concrete slab for the AC Hotel by Marriott was poured last weekend. The pour included 1,100 cubic yards of concrete, enough “to cover a football field with a six-inch slab.”

The Daily Journal of Commerce published construction photos of the Burnside Bridgehead Block 75, which has now reached its maximum height. The project is scheduled for completion in mid-2016.

The Portland Development Commission has walked away from a deal with Harsch Investment Properties for development on the site of Centennial Mills, determining that it wasn’t financially viable. Partial demolition is currently underway on the long vacant site. The current demolition work will leave the feed and flour mills in place, but with no plan in place for what to do with them a decision will need to be made in the new year whether to also demolish those buildings.

In a piece on Division Street, KGW looked at how it “got so popular and why the growth is causing problems for people who live, work and dine at Portland’s new restaurant row”.

The Portland Chronicle reported that demolition is likely imminent on two single family homes at 1515 SE 44th, which will be replaced by a four-story mixed-use development with 30 residential units facing SE Hawthorne Blvd.