The Historic Landmarks Commission has approved Grand Belmont, a 7 story mixed use building by Ankrom Moisan Architects for developer Urban Asset Advisors. The project will contain 121 residential units and 6,000 sq ft of ground floor retail. At 81′ tall, the building will be dramatically shorter than the 240′ iteration of the design presented to the Commission earlier in the year, and will contain roughly half as many units. Parking for 14 cars and 184 bicycles will be provided. 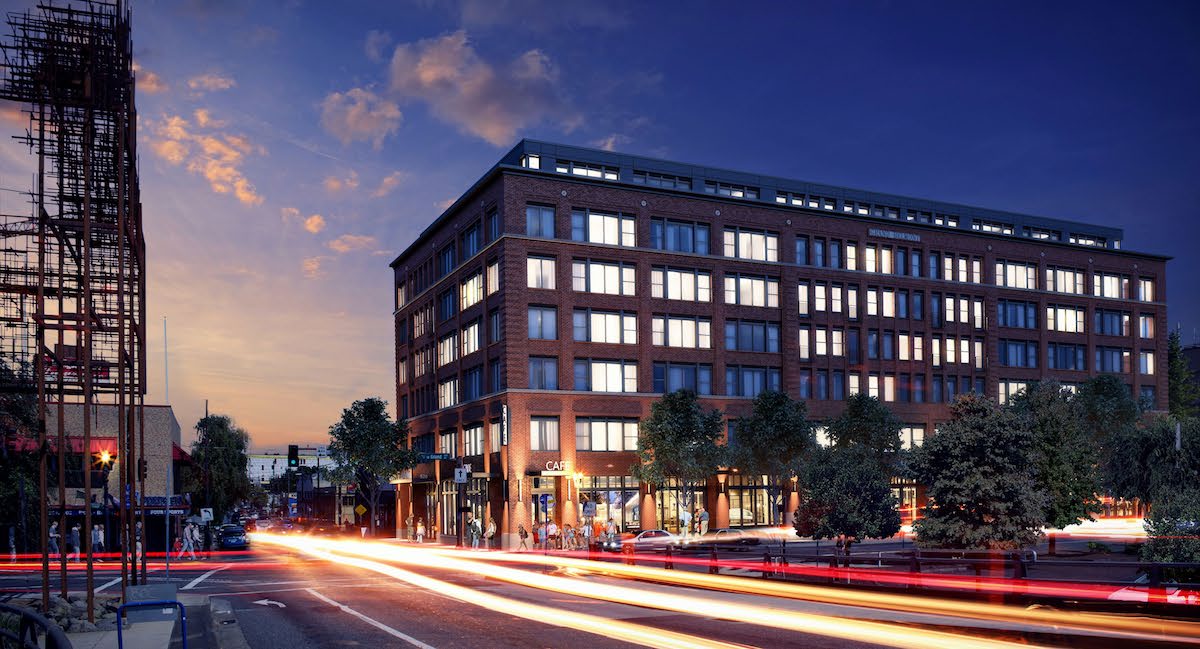 The site for the project is at 514 SE Belmont St, and is currently used as surface parking. A Dutch Brothers coffee stand is located at the corner of the lot. Because the project is located in the East Portland Grand Avenue Historic District the building design is reviewed by the Historic Landmarks Commission, instead of the Design Commission. The historic district is located at the core of the once separate city of East Portland. The lone high rise building in the district is the 175′ tall Weatherly Building, which was completed one year before the start of the Great Depression. Grand Belmont will be the first major building built in the East Portland Grand Avenue Historic District since it was added to the National Register of Historic Places in 1991. 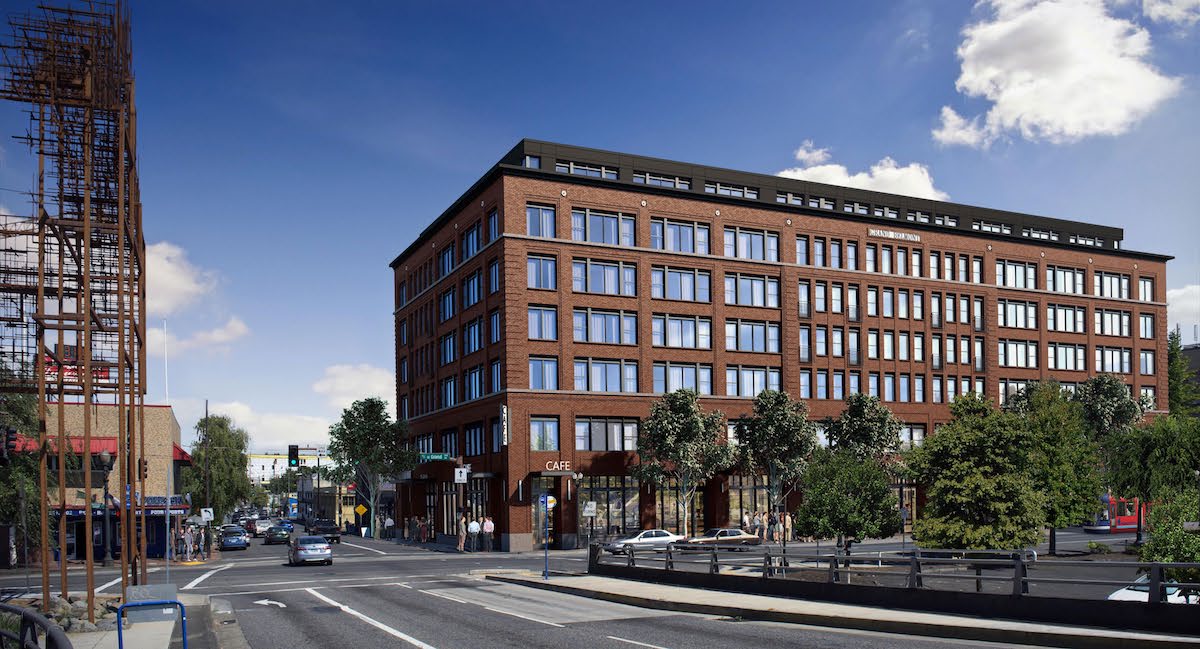 The building is massed as a 6 story building, with a set back penthouse at the 7th floor. (Like the Modera Buckman, Grand Belmont will be constructed with five levels of wood over two levels of concrete).  Exterior materials proposed include brick, stucco, exposed concrete, fiberglass storefront, black fiberglass windows, metal trim, steel Juliet balconies, and metal canopies with wood soffits. In its facade expression the building incorporates details from nearby buildings in the historic district, including the Neustadter (Rejuvenation) Building, the US Laundry Building and the Nathaniel West (Bit House Saloon) Building. 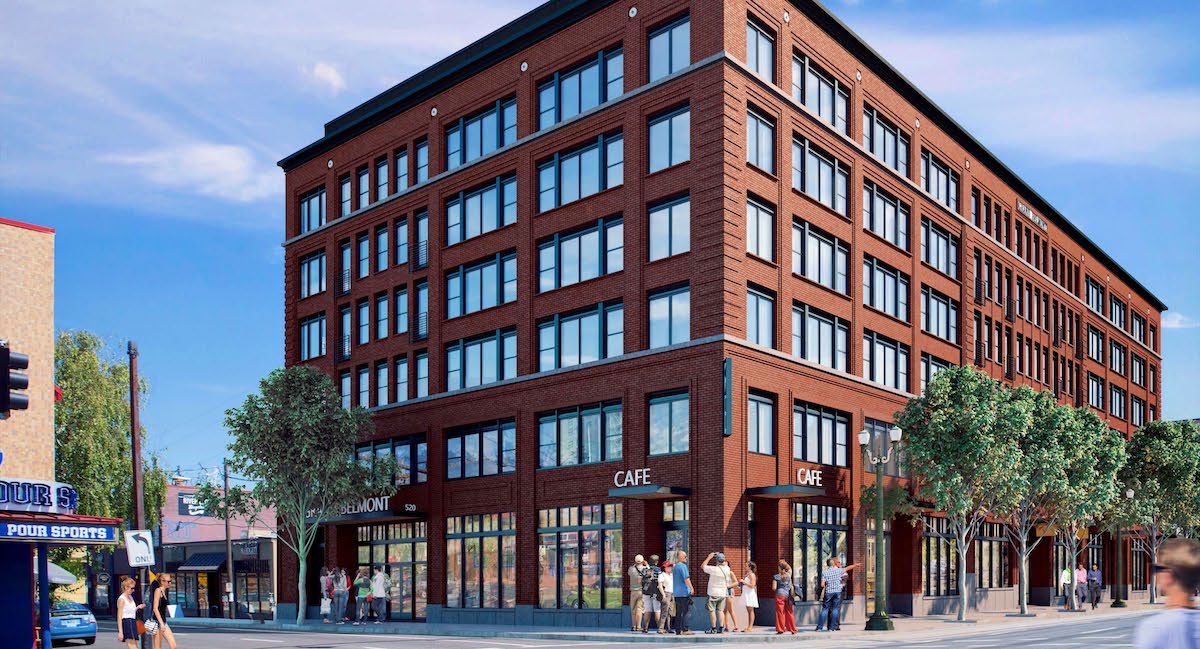 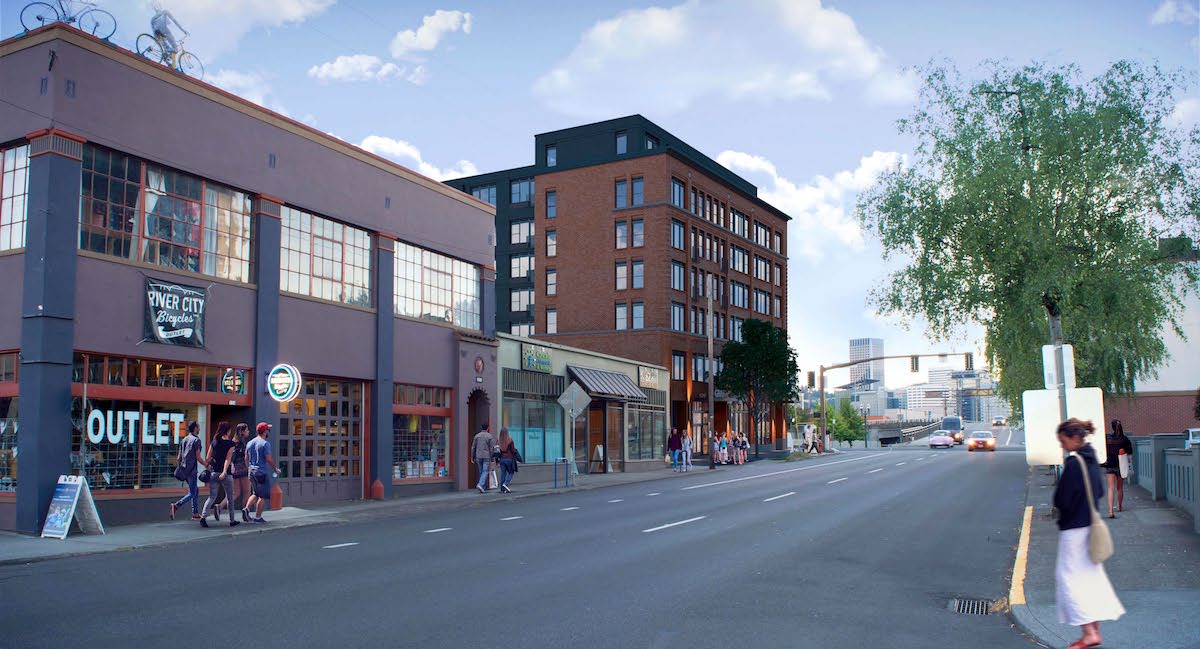 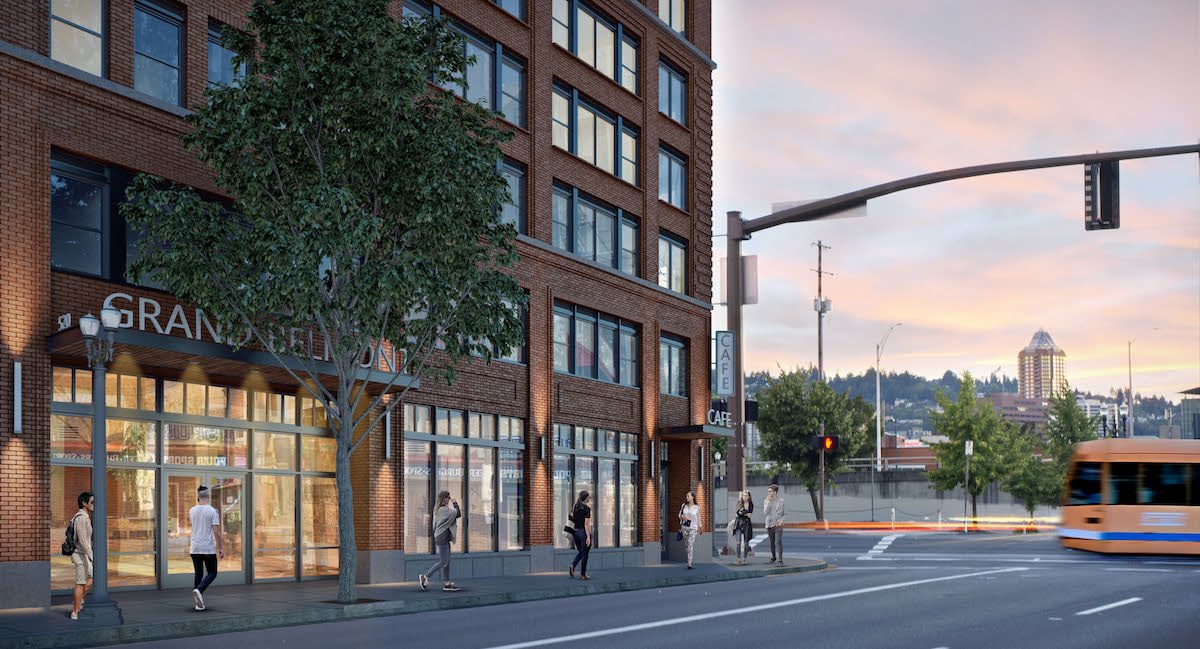 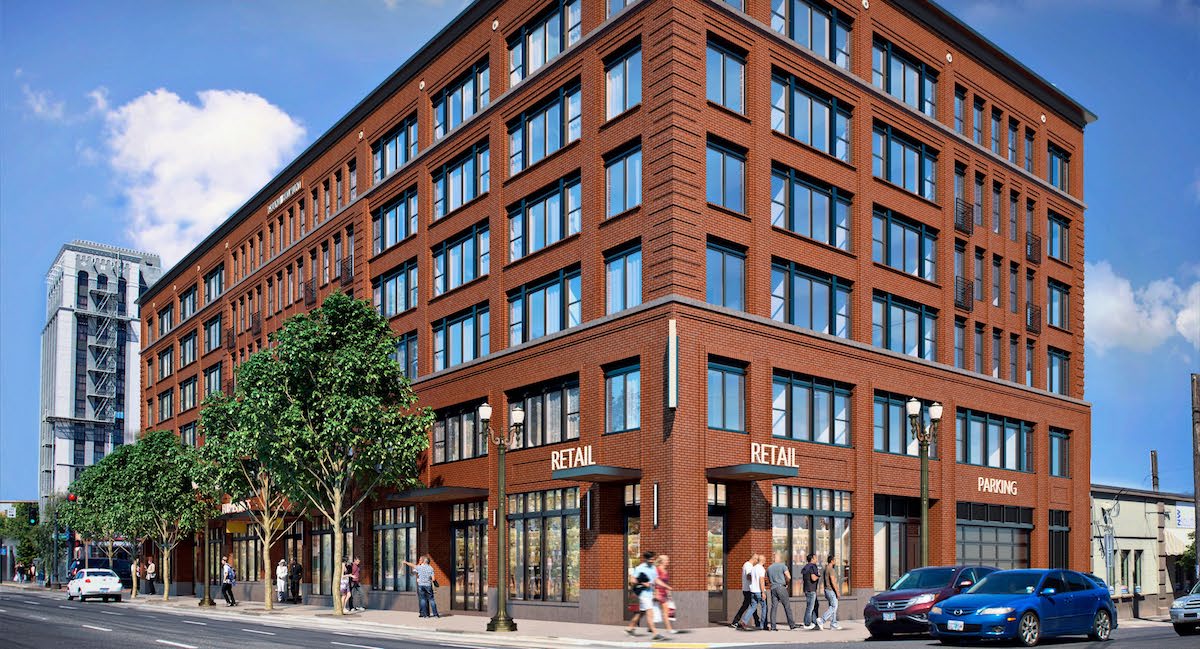 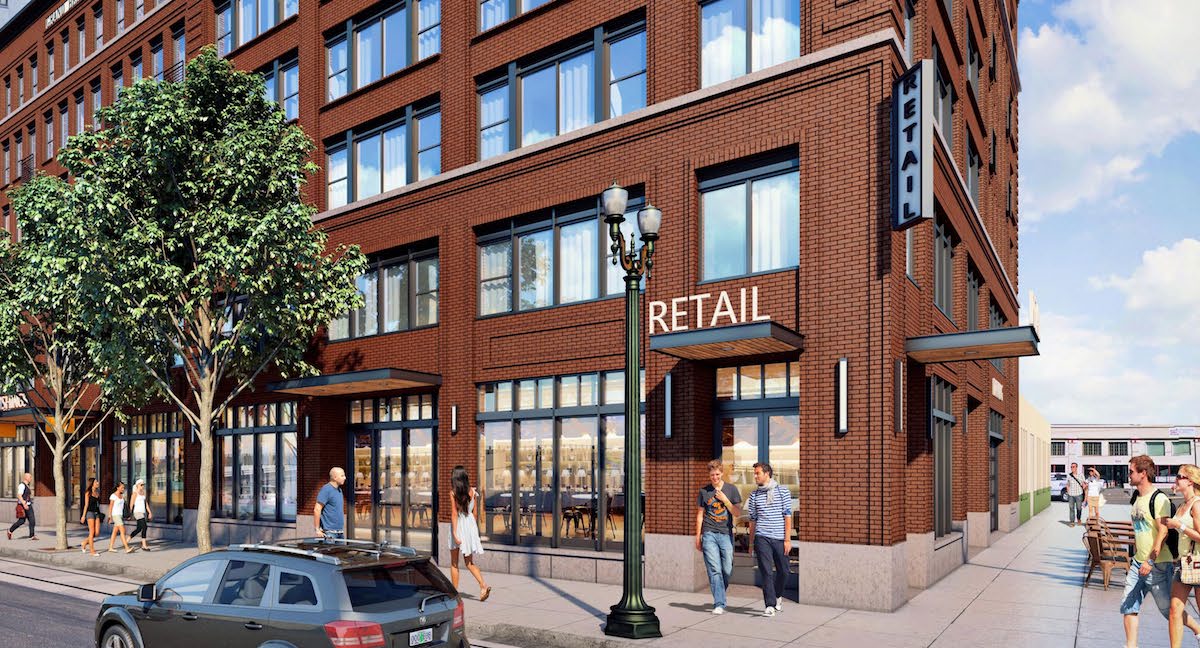 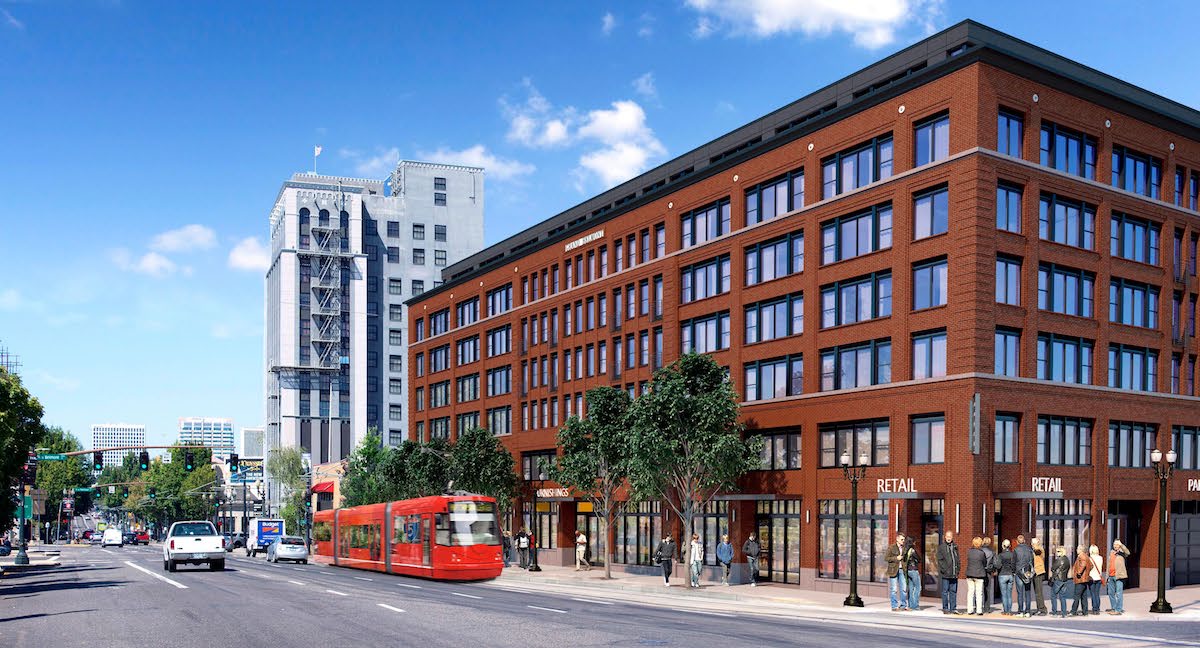 Before gaining approval on December 12th 2016 Grand Belmont went before the Landmarks Commission for three Design Advice Requests (DAR), with significantly different designs by Vallaster Corl Architects. At its first DAR on August 24th 2015 the building was massed as a 15 story bar tower, which was then revised slightly downwards for a second hearing on September 28th 2015. When the project returned for its third DAR March 7th 2016 it had been revised to a quarter block, 23 story tower.

The project was submitted for Type III Historic Review in July 2016 as a 22 story building, at 12:1 FAR. In order to fit a building code compliant stair, the tower width was 5′ wider than had been shown at the third DAR. In their response to the initial application Bureau of Developments Services staff stated that they did not “believe that the proposed building is responsive to the Commission’s comments regarding compatibility of scale, mass, or articulation.” According to the developer, who spoke at the December 12th hearing, he then faced the choice of accepting a denial and appealing to the City Council to overturn the decision; or starting again with a lower density design. Choosing the latter option, the project was resubmitted in its current form, at 5.73:1 FAR, with Ankrom Moisan brought on as design architects.

The revised scheme drew strong praise from the Landmarks Commission. During the hearing Commisioner Engeman offered her thoughts on the building:

This is a wonderful design, and a very thoughtful packet, and I appreciate all the research into the context. We can really understand how the applicant got to where they are today. I will definitely say this holds a lot of promise: as far as the fact that the building extends the full block face–I think the Weatherly extends quite a length on Morrison, just beyond the tower part–so I think there’s precedent for that; the way that the applicant has treated it with this three bay approach; the rhythms; the detail; the banding; there’s just so much that’s working here. I’m really excited about this.

At the end of the hearing the Commission unanimously voted to adopt the Staff Report and Recommendation to the Historic Landmarks Commission and approve the project. Building permits will need to be obtained before work can begin on site. 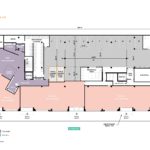 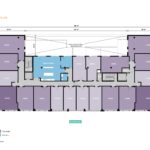 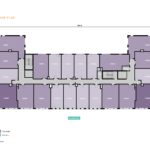 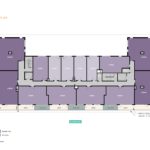 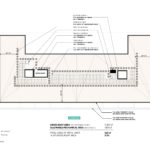 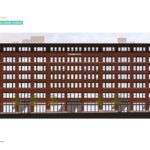 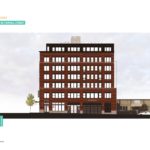 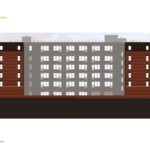 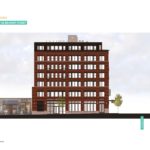 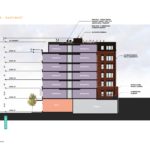 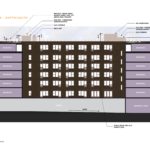