The Design Commission has approved a Hoodworks, a proposed office building in South Portland. The four story building by Koble Creative Architecture for Summit Development Group and Point B Development will be framed out of Cross-Laminated Timber. The 16,900 sq ft buiding will include retail/office space at the ground floor. 9 vehicular parking spaces and 7 bike parking spaces will be provided in a tuck-under parking area. 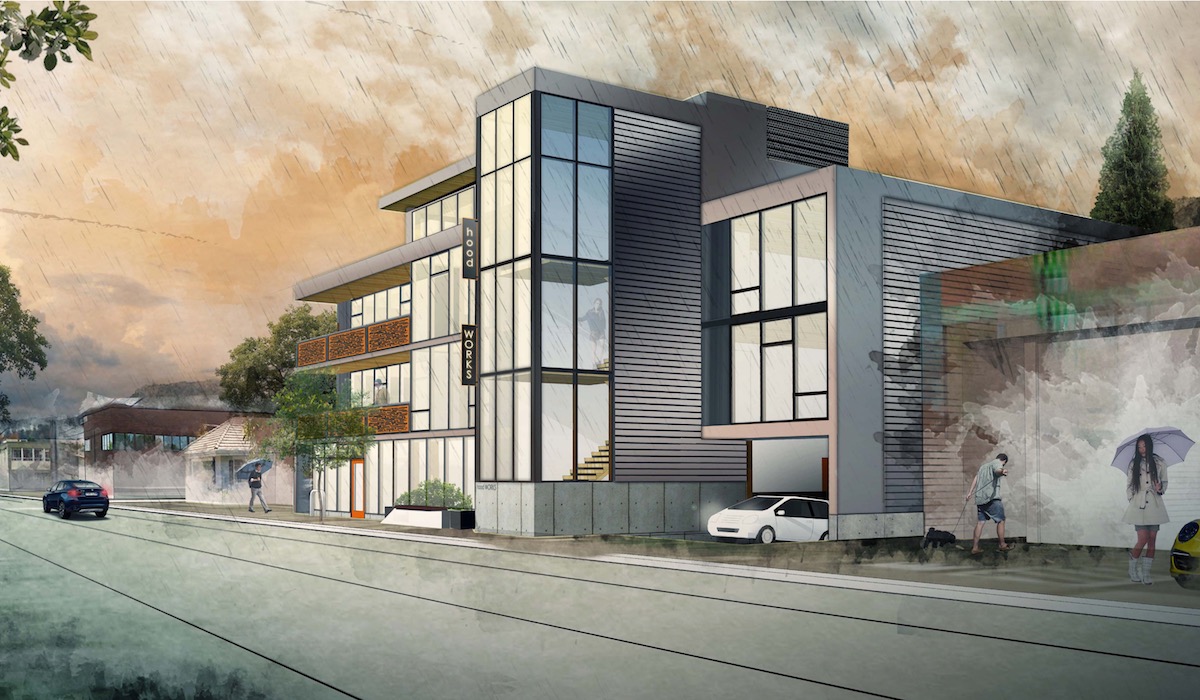