Every week, the Bureau of Development Services publishes lists of Early Assistance applications, Land Use Reviews and Building Permits processed in the previous week. We publish the highlights. This post covers February 18th to February 24th, 2019.

Early Assistance has been requested by Allusa Architecture for a project at 1535 NE 41st Ave:

16 unit apartment building in the Hollywood Pedestrian District, CM3d zone. Lobby with mail area on the first floor with interior long term bike parking in the back of the structure.

Early Assistance has been requested to discuss alterations to the previously approved project at 1339 NW 19th Ave:

Add 19 units to the project resulting in a total of 126 units. Exterior design modifications to the building’s exterior. See LU 17-111569 DZM

A Pre-Application Conference has been scheduled to discuss a revised concept for the Lloyd East Anchor:

The redevelopment of the East end of the Lloyd Center will be composed of two major projects. 1. Renovate and expansion of the existing 145,000 sf anchor building (former Sears). 2. Construction of a 70,000 sf theater building containing 13 theaters.

A project at 2148 NE Martin Luther King Jr Blvd has been submitted for a Type II Historic Resource Review by Ankrom Moisan Architects:

29,000SF 2-story brick office building to be the headquarters for Harder Mechanical Contrators. Building is on the Southeast corner of MLK and Thompson. Private surface parking to the east/behind the building with enterance off of Thompson. Site is non-contributing to the Eliot Conservation District.

The PAE Living Building has been submitted for a Type III Historic Resource Review by ZGF Architects:

The project consist of a 54,000 gsf, 5-story core and shell office building in the historical district, at SW 1st Ave and SW Pine St. The building house PAE’s Portland office and other tenants. It includes retail spaces ata the ground floor.

A project at 6306 N Maryland Ave has been submitted for building permit review:

A building permit was issued to EPR Design for a project at 1270 N Wygant St (previously 4735 N Minnesota Ave): 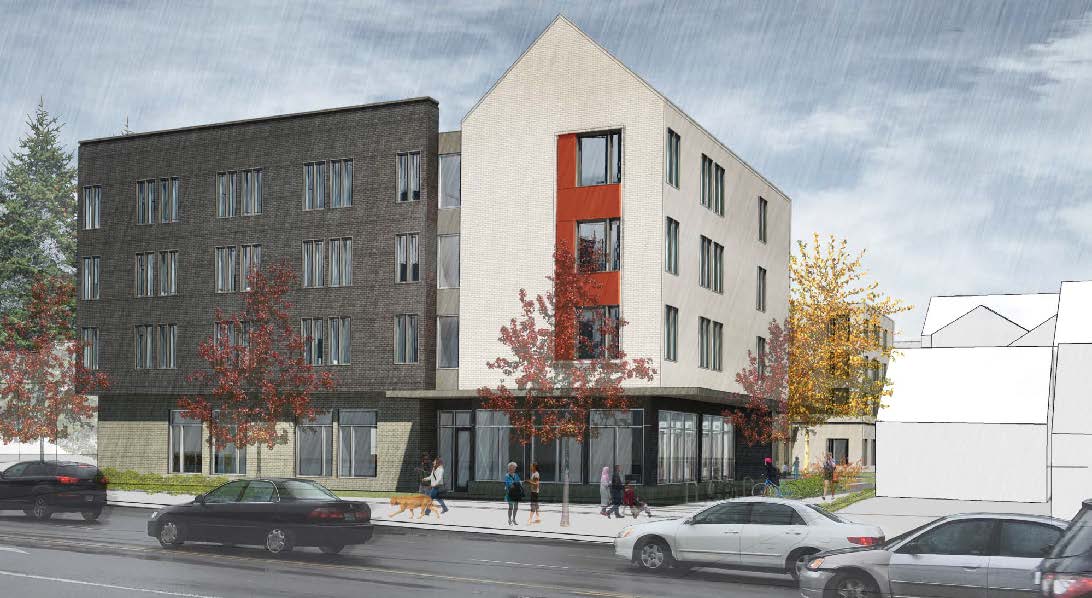 9747 NE Glisan St, as shown to the Design Commission at a Design Advice Request hearing in February 2018. The development by Northwest Housing Alternatives will include 159 units of affordable housing.

Every week, the Bureau of Development Services publishes lists of Early Assistance applications, Land Use Reviews and Building Permits processed in the previous week. We publish the highlights. This post covers August 20th to August 26th, 2018.

A project at 9747 NE Glisan St has been submitted for building permit review by MWA Architects:

A project at 4735 N Minnesota Ave has been submitted for building permit review by EPR Design: