An initial design review hearing has been held for the Block 290 development at NW 21st and Pettygrove. The project by LRS Architects and PLACE Studio for Guardian Real Estate Services will include a new publicly accessible square, surrounded by a mixed use building of four to seven stories in height. The project will will include 201 residential units over ground floor retail. 107 vehicular parking spaces are proposed in a below grade garage.

Block 290 went before the Design Commission in 2015 for design advice. The previous scheme, developed by YBA Architects, proposed a four square surrounded by buildings on all sides. The YBA scheme was submitted for design review in 2016, but was withdrawn prior to the scheduled Design Commission hearing.

The revised scheme by LRS proposes a U-shaped building, with the square occupying the interior of the “U”. At the southwest corner the building massing is lowered to allow additional sunlight into the square. Portions of the 16,000 sq ft of public space required by the masterplan would be provided underneath the building, in breezeways leading to NW 21st Ave to the west and the future park to the east.

The primary material for the building would be brick, with zinc accents. Other materials include composite metal panels, concrete, vinyl windows, aluminum storefronts and glass balconies. Material proposed for the square include concrete unit pavers in two colors and cast-in-place concrete.

A Staff Report and Recommendation to the Design Commission, published before the May 4th hearing, did not yet recommend approval for Block 290, citing issues related to the massing of the building and the design of the square:

Staff recognizes the significant challenges of accommodating the required public square as well as supportive private development on this site, which meets the standards outlined in the Con-way Master Plan. Staff has now worked with two different design teams in an attempt to recommend approval of a proposed development for this site. The previous design had some challenges, which resulted in a recommendation of denial, as staff did not believe it was ready for approval. Unfortunately, the current design is further away from meeting the approval criteria than was the previous design. An issue exacerbating the challenges of developing Block 290 stem from the fact that the Master Plan envisioned concurrent development between Blocks 290 and 291, as this would allow the floor area on 290 to be leveraged by floor area on 291, in addition to solving the vehicular access problem as Block 290 has access restrictions on NW 21st and Pettygrove, and has a park and a festival street on the other two sides.

As is noted by the public comments, the primary purpose of Block 290 is to provide a public square for the neighborhood. The current proposal fails to do so, and has instead proposed a 7-story building adjacent to a privatized courtyard. The current proposal meets neither the intent, the standards, nor the guidelines of the Con-way Master Plan.

At the conclusion of the hearing the Design Commission decided to form a sub-committee to look at the form and massing of the building, with the potential discussed for a taller building that would occupy less of site at the ground level. The project is currently scheduled to return in front of the Commission for a second hearing on June 1st. 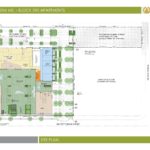 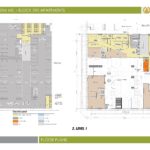 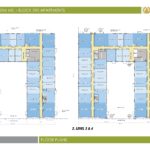 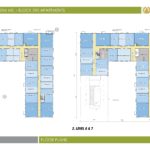 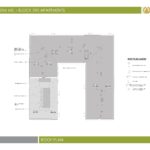 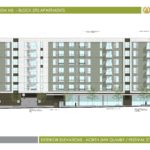 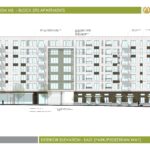 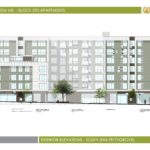 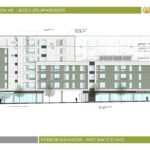 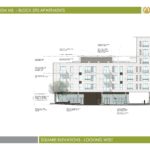 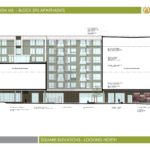 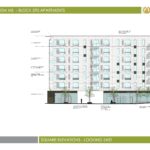 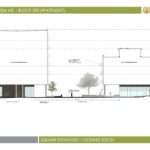 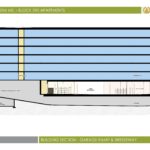 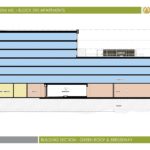 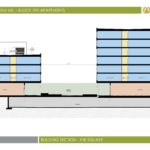