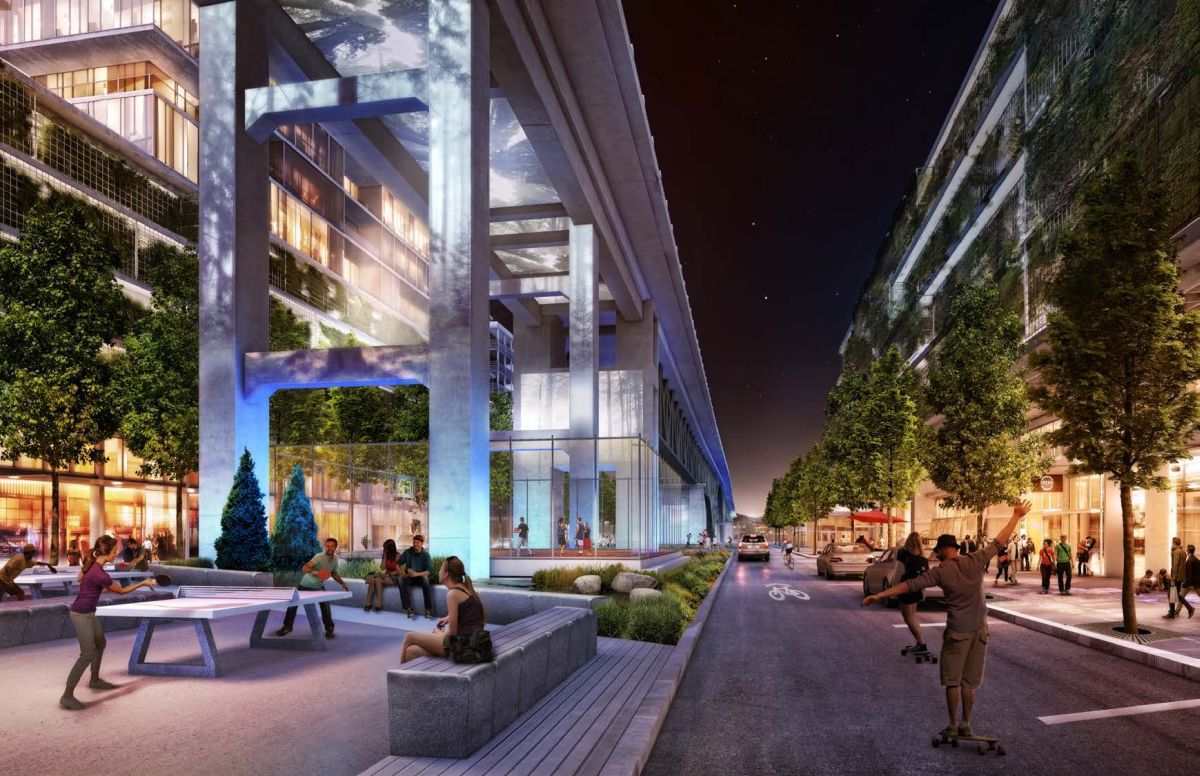 A conceptual image of the park proposed on the Zidell property, underneath the Ross Island Bridge. An update on plans for the Zidell Yards was recently given to the Design Commission.

Despite hiccups, Zidell Marine launched their last ever barge on Friday, according to the Oregonian. The company is now looking ahead to the redevelopment of their site.

The DJC took a look at* Mahlum’s work on the Grant High School Modernization, which will include “demolition of 30 percent of existing structures as well as construction of a two-story common square featuring an eatery and a community gathering space.”

City Observatory asked whether historic preservation is NIMBYism for the rich.