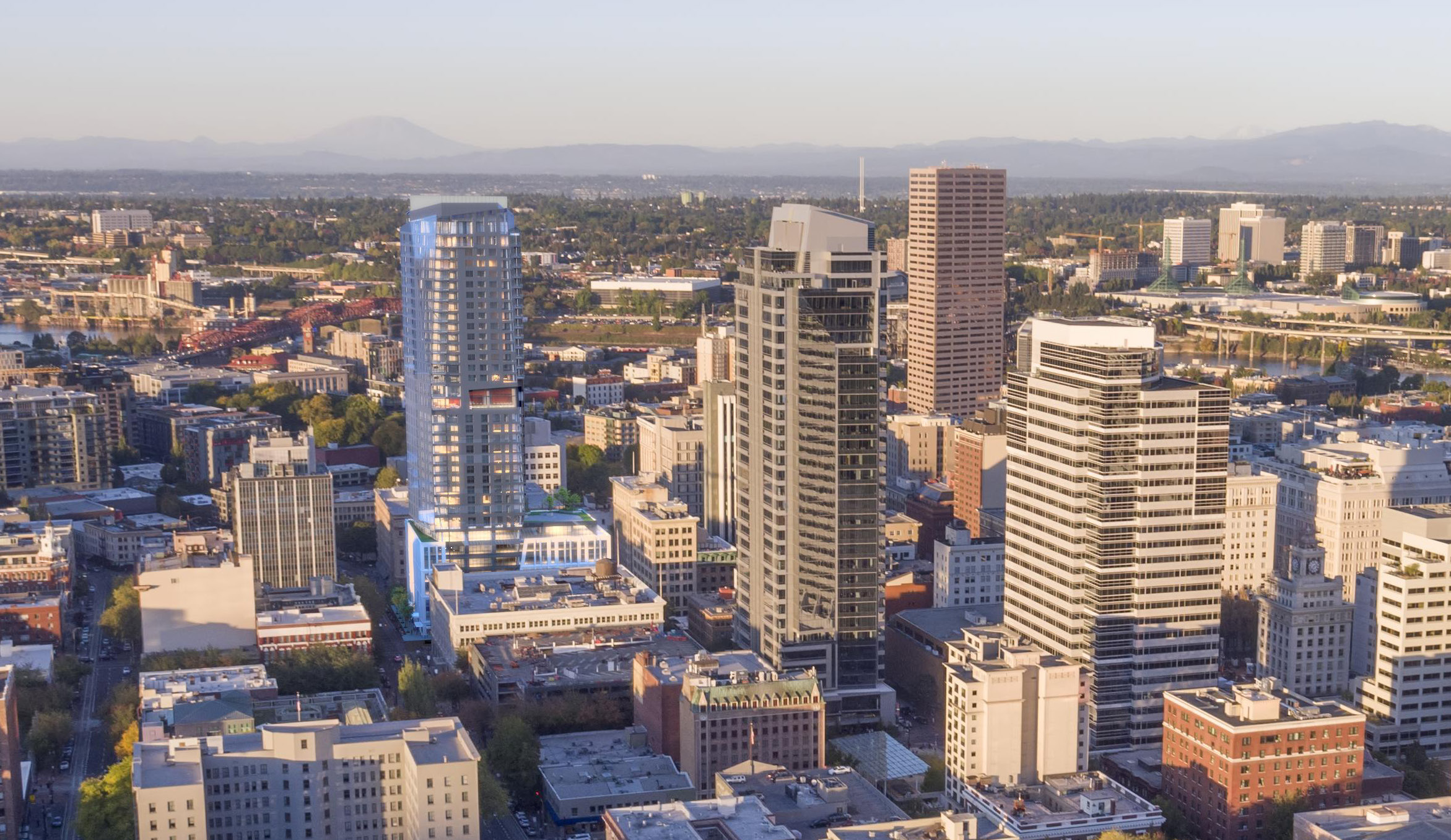 The 35-story Block 216 tower will rise to a height of 460′ and include retail, office space, hotel rooms and residential condominiums.

The Design Commission last week approved* Block 216, writes the DJC. In a late change by the applicant, the tower will now have one less office floor and one more hotel floor, bringing the number of hotel room from 232 to 249.

In response to “quite sobering” forecast for Portland building trends, the Bureau of Development Services last week laid off four employees, writes the Oregonian.

Closed for two and a half years, Taiwanese restaurant Ling Garden has reopened in the the 21 Astor building, reports the Portland Mercury.

Portland is poised to spend revenue from lodgings and rental car taxes on services to help homeless people, reports the Willamette Week. The money is needed to help fill a funding gap in the recently passed Metro housing bond.

Oregon could become the first state to eliminate single family zoning, under a proposal by Speaker Tina Kotek. The legislation would require that allow Oregon cities of 10,000 people of more allow duplexes, triplexes or fourplexes, according to the Willamette Week. 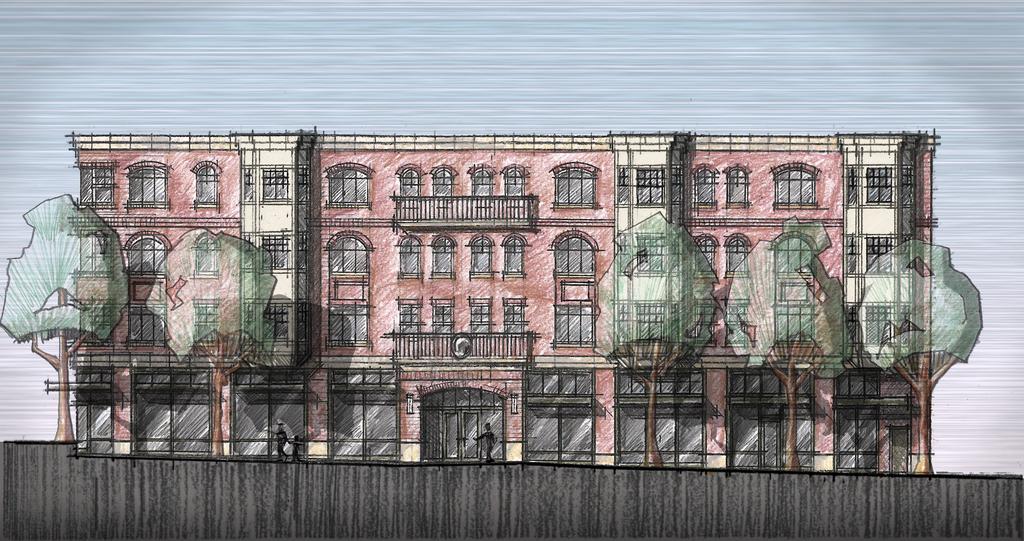 A Pre-Application Conference has been scheduled and Design Advice requested by GBD Architects for a project at SW Park and Columbia:

A demolition permit was issued for the existing structure at 710 E Burnside St:

A project at 5454 NE 14th Pl has been submitted for building permit review:

A project at 9525 N Lombard St has been submitted for building permit review:

A building permit was issued to FFA Architecture + Interiors for a 21 Astor at 921 NW 21st Ave:

A building permit was issued for a project at 1526 N Holman St:

The proposed garage at the Convention Center Hotel

The Portland Business Journal reported that the board of the Portland Development Commission approved a resolution to build a $26 million garage adjacent to Convention Center Hotel. The 425-stall parking garage will include 375 stalls dedicated to the hotel. The majority of the remaining stalls will be used by Trimet.

The City is looking for feedback on the Central City 2035 plan, according to the Portland Business Journal. The new plan will rewrite the zoning code for Downtown, the Pearl, the Lloyd District and other areas of Portland’s Central Business District, and was released for public comment this week. Public displays will happen at the Development Services Center from February 22nd to 26th and at the Olympic Mills Building from February 29th to March 4th.

An opinion piece by three employees of ECONorthwest, a regional economic consulting firm, asked if Oregonians really want housing that’s affordable. The authors argued that the first order of business should be to bring the supply of housing into line with demand, and that there are three options to achieve this: build out, build up, or do both.

History Treasured & Sometimes Endangered wrote about the pros and cons of the vacation of a piece of right-of-way in St Johns known as “Ivy Island”. The vacation, which went before City Council this week for a first reading, will allow the Union at St Johns development to move ahead.

Developer Bob Ball has set up a new company, Robert Ball Companies, and is moving forward with a new building at 915 NW 21st Ave. The 21 Astor mixed-use building will include 27 apartments and 4,500 sq ft of ground floor retail.

The Daily Journal of Commerce published photos of the under construction Albina Yard office building. The four-story, 16,000 sq ft building is using Oregon fabricated Cross-laminated timber for its primary structure.

Portland Architecture wrote about the lecture and interview given by Kengo Kuma at Portland Art Museum. The Japanese architect is the designer of the new buildings currently under construction at the Portland Japanese Garden.

The Oregonian reported that Patrick Quinton, director of the Portland Development Commission, will step down this year after 5 years leading the agency.

Deconstruction has begun on two 1920s houses at NE 45th and Fremont, according to the Hollywood Star News. The project is the first commercial development so far to take advantage of Bureau of Planning & Sustainability offered incentives for deconstruction over demolition. The buildings will be replaced by the Bridgetown mixed-use development, which include 50 units of housing and 6,000 sq ft of retail.

After news broke about the Ankeny Blocks development last weekend, Food Carts Portland noted that the project could threaten the food carts at SW 5th and Stark, SW 3rd and Washington and SW 2nd and Stark. Journalist Michael Anderson replied with an article published on Medium titled “Chill, Portland: The downtown food carts are not about to close“.

The Willamette Week wrote that like the house in ‘Up’, the Dockside Saloon will live forever in a slot in the Field Office by Hacker Architects.

The Portland Business Journal wrote about how the onsite sewer and stormwater treatment system at Hassalo on Eighth saved the developers $1.5 million in City levied development charges. The NORM system treats 100 percent of the grey and black water created by the three residential buildings, along with the Lloyd 700 Office building. 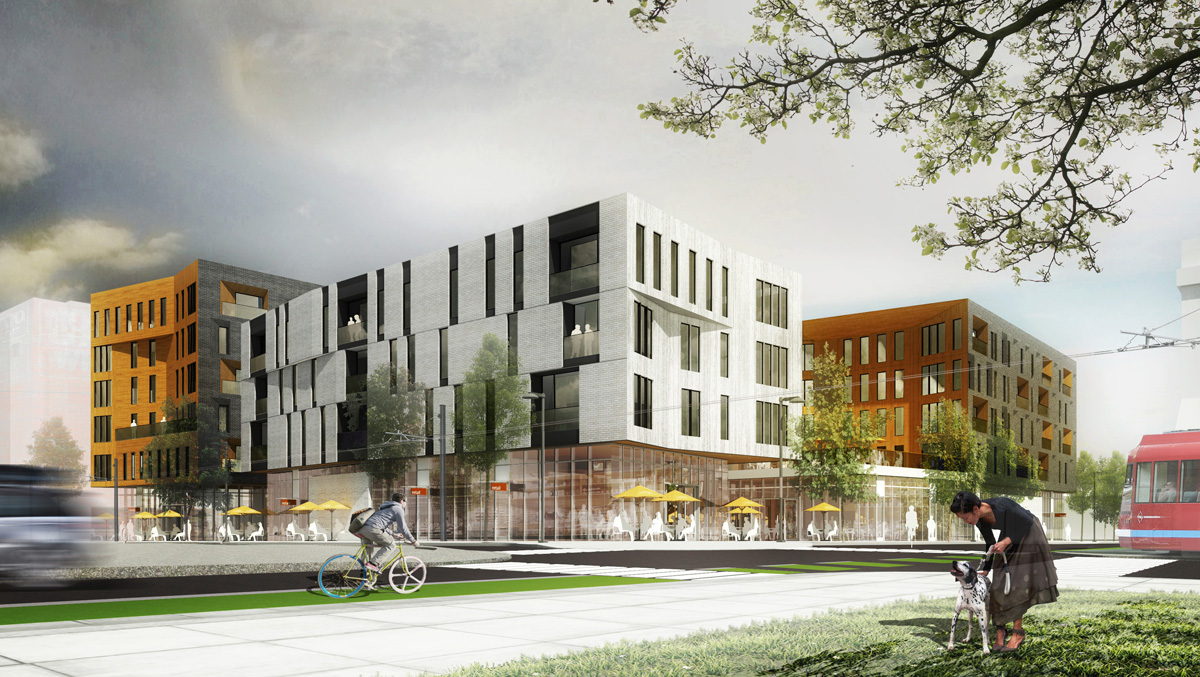 Con-way Block 290, as presented to the Design Commission during Design Advice

New 3-story apartment building with 29 one- and two-bedroom units.

SERA Architects have scheduled a Pre-Application Conference to discuss a project at 1732 NW Quimby St:

Project is for a six story mixed-use multifamily structure located within the NW master plan. 105 parking spaces will be provided for the residents in a below-grade parking level accessed via ramp at NW Pettygrove. 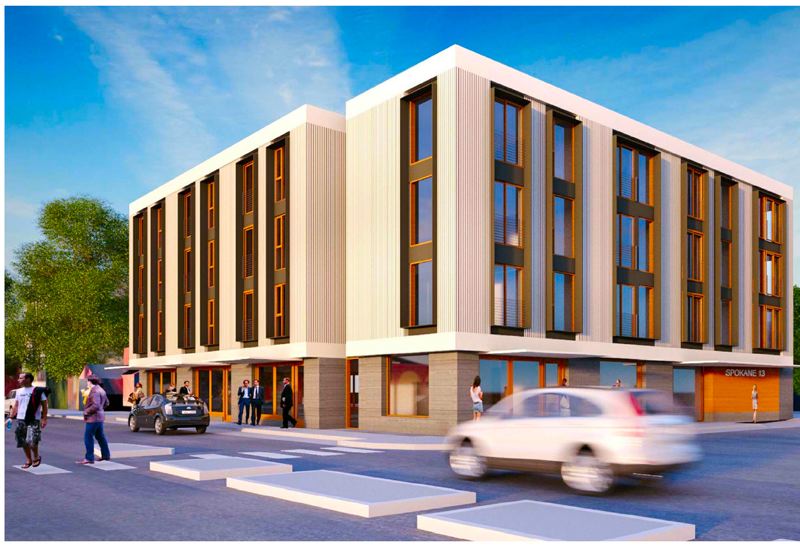